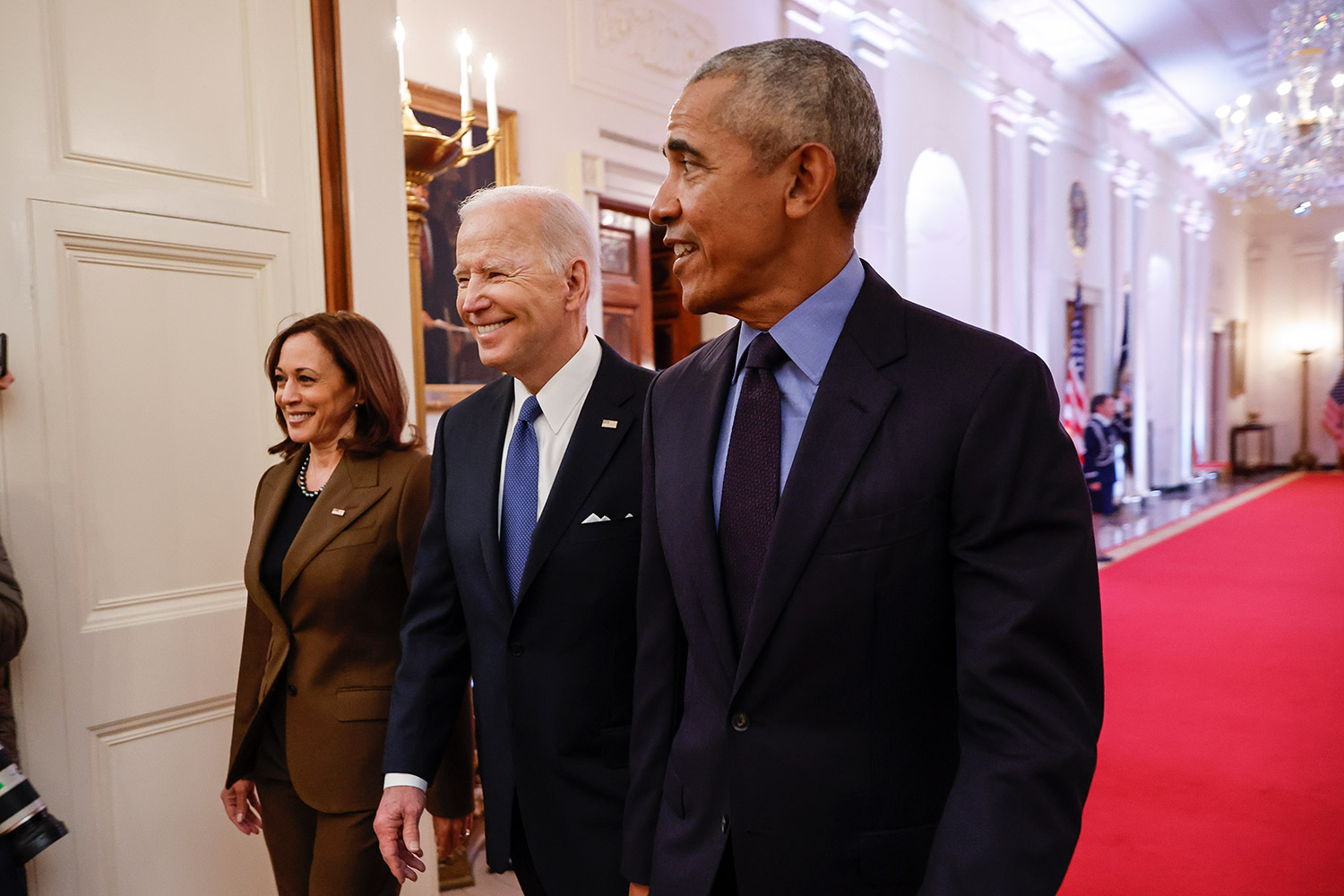 At a Tuesday, April 5 event to commemorate the twelfth anniversary of the passage of the Affordable Care Act, known as ACA and/or “Obamacare”, President Joe Biden brought back a special guest: Former President Barack Obama.

Obama’s visit to the White House marked his first time back to the building since the morning of January 20, 2017, when he and then-First Lady Michelle Obama welcomed their successors, then-President-elect Donald Trump and incoming First Lady Melania Trump, for a reception leading up to Donald Trump’s inauguration.

“It’s fitting the first time you return to the White House is to celebrate a law that is transforming millions of lives because of you,” President Biden said, which was one of the many praises he gave his former boss in his speech.

Since leaving office, the 44th President of the United States (POTUS) continues to reside in Washington D.C. in a home in the Kalorama neighborhood. According to The New York Times, Obama's new home is located just two miles away from the White House.

During the event, President Biden issued and signed an executive order which will expand health care under the law. According to Politico, Biden’s signature will close a, “loophole in the ACA known as the “family glitch,” which prevents some five million Americans from receiving subsidized health care.”

“Once today’s proposed rule is finalized, starting [in 2023], working families in America will get the help they need to afford full family coverage — everyone in the family,” Biden stated.

Obama arrived to the East Room of The White House with Biden, his former Vice President, and current Vice President Kamala Harris, to the sound of delightful cheers and a two-minute standing ovation. Vice President Harris introduced the 44th POTUS, praising him for his “vision and leadership” that “laid the foundation for this groundbreaking legislation.”

He cited the law "an example of why you run for office in the first place." The former president also noted how hard it was to get the Affordable Health Care Act passed and how he was determined to do so even if , “it cost [him] reelection.”

The event was also filled with humor as both Obama and Biden cracked several jokes throughout their speeches. Obama began his speech by jokingly calling Biden as "Vice President Biden" before quickly correcting himself.

A short time later, while acknowledging his first time back in The White House in five years, Obama joked that he heard about, “some changes have been made by the current President since I was last here. Apparently Secret Service agents have to wear aviator sunglasses now. The Navy Mess has been replaced by a Baskin-Robbins.” The joke was in reference to the new cat that Joe and Jill Biden recently got and the former’s well-known and highly documented love for aviator sunglasses and ice cream.

In his remarks, President Biden joked that when he and former President Obama met for lunch at the White House, a weekly tradition that occurred when Obama was President and Biden was vice president just before the event in the East Room, that two did not know who should sit where when they dined. Towards the end of his speech and right before he signed the executive order, Biden jokingly quipped: “"Barack, I'm going to remind you: it's a hot mic!"