The heart of Hogwarts, Robbie Coltrane, has died at 72 years old 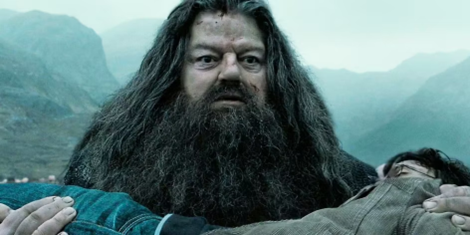 The Scottish actor Robbie Coltrane has died at 72 years old. He was born on March 30, 1950, in Rutherglen, a town in Scotland. We know him as an actor and comedian, and he is generally recognised as Rubeus Hagrid in the Harry Potter films – a role he played between 2001 and 2011.

Coltrane also worked in television, appearing in shows including Blackadder, Cracker, and Flash Gordon. He also obtained comedy credits in the series The Comic Strip, A Kick Up the Eighties, and Alfresco on British TV screens. He also starred in two James Bond films.

It was JK Rowling, the author of the Harry Potter novels, who decided that Coltrane should take the part of Hagrid, a giant who was the gamekeeper and the guardian of Hogwarts – one of the franchise’s most memorable characters.

A good-natured, lovable character, one of his most memorable moments is Harry Potter and The Deathly Hallows: Part 2. In the last part of the film, Hagrid carried Harry Potter – who was alive but pretending to be dead - back to Hogwarts.

Emma Watson, who played Hermione Granger in Harry Potter, shared a story on Instagram: “Rest in peace, Robbie Coltrane. Robbie was like the most fun uncle I’ve ever had but most of all he was deeply caring and compassionate towards me as a child and an adult. His talent was so immense it made sense he played a giant”.

Draco Malfoy actor, Tom Felton, said: “One of my fondest memories of filming Harry Potter was a night shoot on the first film in the forbidden forest. I was 12. Robbie cared & looked after everyone around him. Effortlessly. And made them laugh. Effortlessly. He was a big friendly giant on screen but even more so in real life. Love you mate - thank you for everything xx”.

J.K. Rowling also stated on Twitter: “I'll never know anyone remotely like Robbie again. He was an incredible talent, a complete one-off, and I was beyond fortunate to know him, work with him and laugh my head off with him. I send my love and deepest condolences to his family, above all his children”.

Daniel Radcliffe Opens Up About Why It Was “Important” To Denounce J.K. Rowling’s Anti-Trans Comments: ‘Not Everybody in the Franchise’ Shares Her Beliefs