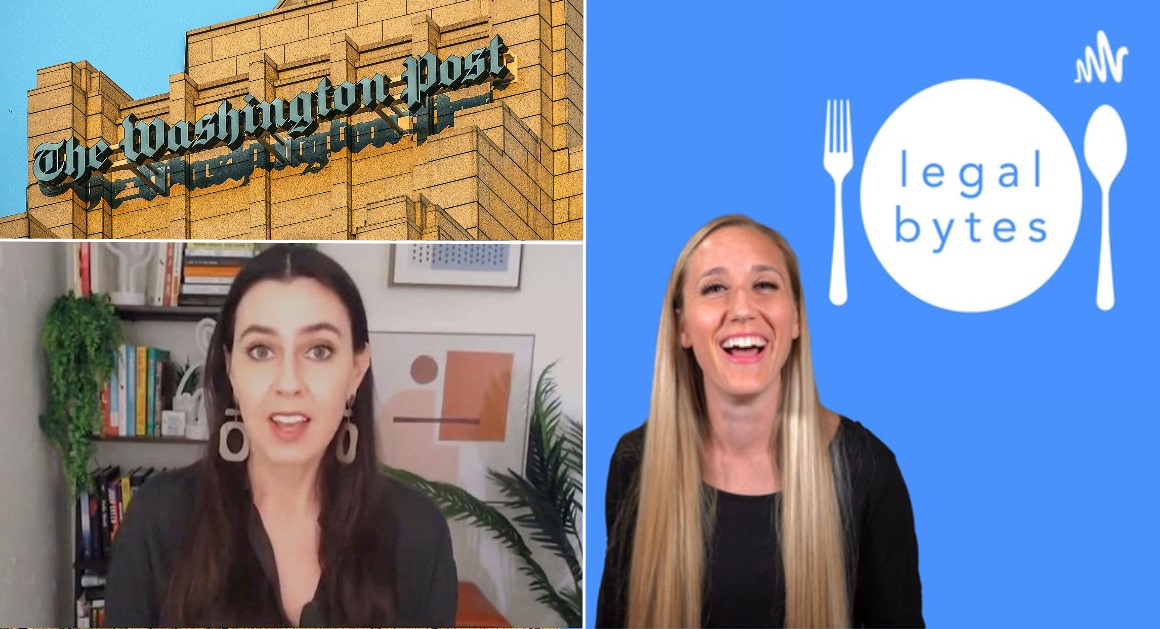 Washington Post journalist Taylor Lorenz is facing heavy criticism following an article she wrote regarding the conclusion of the Depp v. Heard trial. The backlash revolves around false claims she made where she essentially lied about a content creator declining to comment.

Lorenz, an experienced journalist who’s written for esteemed outlets like The New York Times and The Washington Post, is no stranger to criticism. A predominately left-leaning writer, she’s known for proverbially stoking the fire of the culture war, with those on the right side of the political spectrum knowing her very well. She recently came under fire from right-wing media due to her exposure of the woman who was behind the ‘Libs of TikTok’ account.

This article, however, was a summary of the Depp v. Heard trial and how content creators were able to take monetary advantage of it, “When the Depp-Heard trial began gaining traction online in April, internet users around the world recognized a fresh opportunity to seize and monetize the attention.”, Lorenz said. She targeted multiple content creators like YouTuber ThatUmbrellaGuy and several TikTok users to use as examples to further serve her narrative. One YouTuber that was mentioned in the article (Alyte Mazeika of Legal Bytes) quickly noticed that Lorenz claimed that she denied her request to comment.

According to Mazeika, Lorenz was hiding the full truth. Mazeika claimed that she never received Lorenz’ request for comment before the article’s release, which if true, would mean that what Lorenz said was false. Mazeika also claimed that Lorenz belittled her unique perspective and experience as a lawyer in order to suit the narrative of her negative piece on content creator’s. Lorenz failed to mention the vital differentiating factor that Mazeika is a legal attorney (e.g. bar admitted) in both Washington DC and California. After years of practicing the law, Mazeika started the YouTube channel Legal Bytes, where she currently works to make the law “approachable, understandable, and digestible for the masses.”

Mazeika (and her channel) is considered part of a YouTube community known as ‘LawTube’, which consists of other law focused YouTube channels such as Richard Hoeg, Emily D. Baker, Ian Runkle, and many others. For the Depp v. Heard trial, Mazeika planned her coverage weeks in advance. She streamed the entirety of the trial, with special guests from LawTube consistently appearing to share their expert takes. In the article, Lorenz falsely claimed that Mazeika “earned $5,000 in one week by pivoting the content on her YouTube channel to nonstop trial coverage and analysis.” In her response, Mazeika made it clear that she planned to cover the trial weeks in advance, regardless of how popular it became, and that those earning numbers were inaccurate.

After the mistake was noticed by the public, it was swiftly stealth edited, a practice that is looked down upon by many professional writers. The social media backlash forced a response from Taylor Lorenz, who has blamed her editor and insisted that Mazeika declined to comment on her story post-release, which Mazeika vehemently denied. “Oh, idk about that, Taylor, I believe @ThatUmbrella and I both gave commentary to add—just not the kind you wanted to include. And for the record, your latest editor’s note is still not correct.”, Mazeika said in her Twitter response.

Since these events took place, Mazeika has appeared on the popular online political show, Breaking Points with Krystal Ball and Saagar Enjeti, where she announced a Legal Bytes charity stream to give back to the community. The stream was held last Friday, where they raised over $100,000 in funds. Lorenz’ Twitter account was set to private for a time while blocking multiple individuals (including many from the LawTube community) in the process.