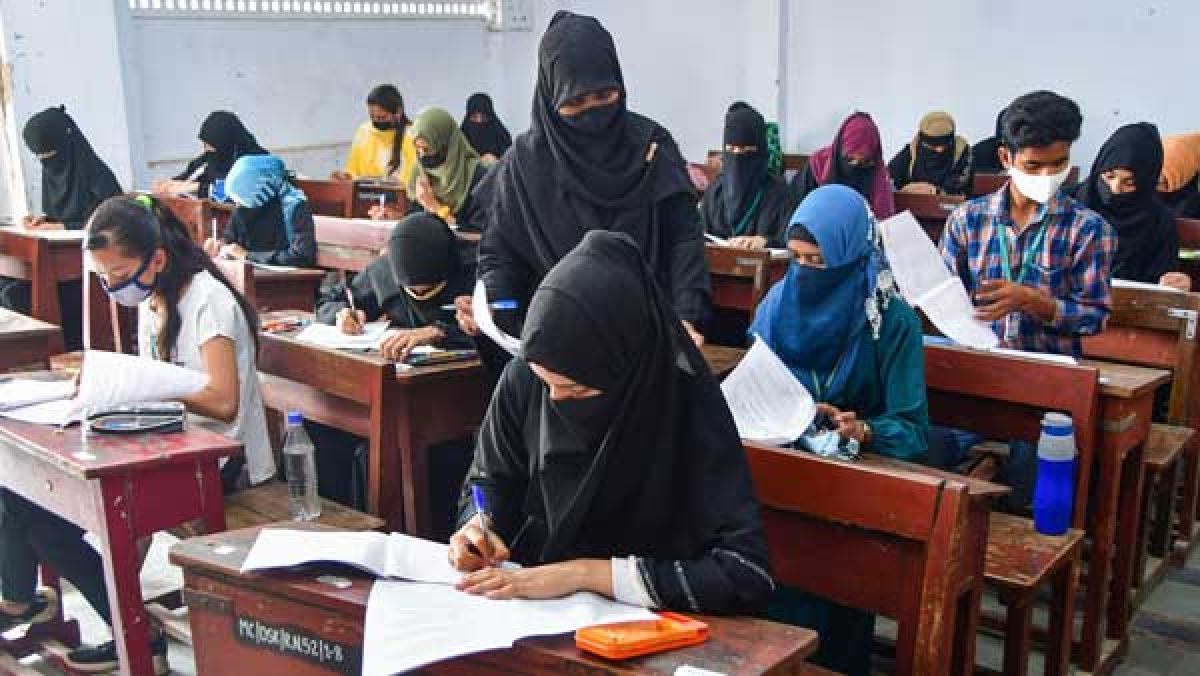 Several Muslim female students are worried after what Karnataka Education Minister Bellur Chandrashekharaiah Nagesh stated on Monday that the state government would not organize re-examinations for absentees who cannot appear for the board exams.

"Whatever the reason must be for the absenteeism of several students during the tests and examination, this year will not be tolerated at all." Karnataka Education Minister made it clear that the rescheduling of board exams has never happened, and will follow the orders by High Court and implement them accordingly. He emphasized whether it be due to the hijab issue or any other reason, board exams will not get reconducted.

Many Muslim girl students protested and boycotted lectures and final examinations despite knowing the Karnataka High Court's decision that prohibited students from wearing the hijab and saffron shawls in educational institutions. In the anticipation that the judgment would be in their favor, many of the students even missed their practical tests.

The Law and Parliamentary Affairs Minister, Jayachamarajapura Chandrashekaraiah Madhuswamy, stated that they would not challenge the High Court's decision. "The Karnataka High Court decision has to be respected and should be followed by every student."

He also mentioned that those students who were not able to appear for examination before the high court’s decision might get another chance, except for the ones who did not attend after the judgment was passed. However, Nagesh asserted that 400 Muslim female students avoided going to school and colleges.

The Campus Front of India, which held a media conference on Monday, stated that they will continue fighting before the Supreme Court. According to Sarfaraz Gangavathi of CFI, students are forced and pressured not to attend examinations. They claim that the current BJP ruling party does not want students, particularly Muslim female students, to be educated. They said that before the ruling, we visited numerous institutions in the 25 districts of the state and discovered that this restriction affected 11,000 Muslim female students.

Gangavathi states that what Nagesh believes is underreported, and it goes well beyond that, according to the information gathered. Students across the state avoided going to colleges on Monday because they would not be permitted to enter the university premises wearing the hijab.

Students of Uppinangady government PU College in Dakshina Kannada district protested after being denied entrance to the college. Students at Vijayanagara Sri Krishnadevaraya University claimed that they were being abused and mistreated for wearing a hijab. A third-semester BSc student who took a Hindi test on Monday reported that the instructor insisted on them removing their hijab.

Students have been wearing hijab and appeared for examinations until now. However, it is being requested that they abstain from wearing it till the high court gives a fundamental decision regarding Hijab Issue. Although the order is just for PU institutions, principals of schools are not satisfied.