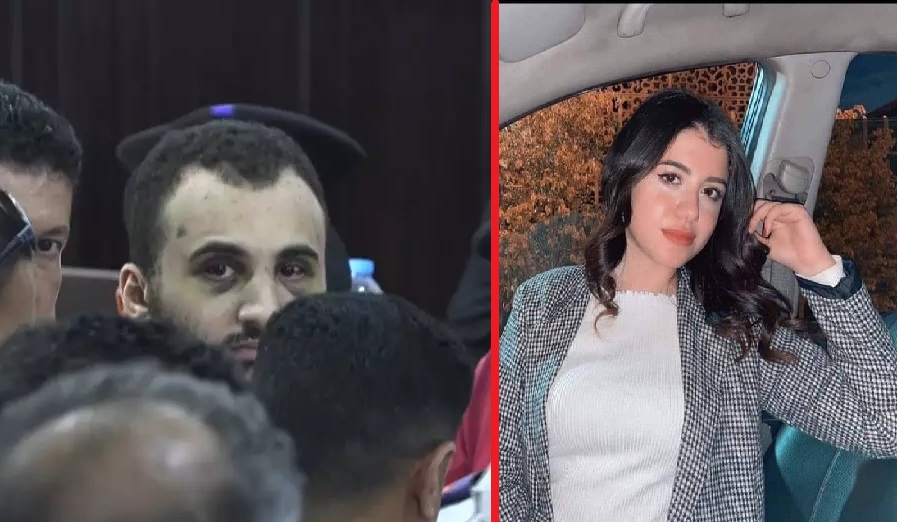 The brutal murder of Naira Ashraf, 21, in broad daylight on the street in Egypt shocked the Arab world, highlighting the country's crisis of gender-based violence.

The Egyptian Public Prosecution said that Naira was fatally stabbed on Monday, the 20th of June, by a young man whom she refused to marry. The prosecution added that the suspect was arrested outside Mansoura University in northern Egypt, where the victim is studying, where the incident occurred.

A video clip taken by a camera that was close to the scene of the accident spread, showing a young man attacking the victim outside the university, and Ashraf's family's lawyer confirmed to CNN that the video showed the killing.

The Egyptian Public Prosecution said that the accused was referred to the Criminal Court and was tried for premeditated murder.

Despite many attempts from the accused’s family and other external parties to defuse the allegations and set the defendant free, the court did not weaver its sentence.

A few hours before the verdict was pronounced against the student, Muhammad Adel, a Syrian citizen residing in Turkey, announced his willingness to donate 10 million pounds to the victim's family in exchange for pardoning the killer.

The Syrian citizen Mahmoud Qarah, who resides in Turkey, said in a video broadcast on his page on social media that he is ready to donate 10 million Egyptian pounds to a Naira family in exchange for pardoning the murderous young man, because the girl died and that the young man was good, poor and made a mistake. The family would not benefit from anything from his execution.

Even Adel’s family denied the suspect’s confession of murder before the Mansoura Criminal Court, in the first session of his trial, on Sunday the 26th, and blamed the victim for enchanting their son and pushing him into committing such a horrific crime.

On the other hand, Mrs. Sana, the victim's mother, recounted the details of Naira’s relationship with the accused before the incident, saying that he met her daughter when he offered to help prepare the university’s research. Then he followed her on social media and commented on how she dressed, traveled, or worked, but Naira replied that he had no authority. She had to make these comments, and she banned him, but he created fake pages to write offensive remarks to her and her sisters, which prompted the family to complain about these actions.

Today, Wednesday, July 6, 2022, the Egyptian Criminal Court upheld the execution of the murderer of Naira Ashraf after the Mufti of Egypt approved the death sentence.

According to the Egyptian judicial system, the convict will have the right to resort to other litigation procedures after ratifying the death sentence.

The Mansoura Criminal Court had decided to refer the papers of the accused of killing Naira Ashraf, who was treacherously murdered by her colleague in front of the university complex gate, to the Mufti to take a legal opinion on his execution on charges of premeditated murder, to which he concurred was the proper punishment for such a heinous crime.

Women's rights experts in Egypt say that the problem of gender-based violence is widespread in the country, and several social and legal shortcomings still hinder good work.

"Sure, Naira's killing was not an isolated incident, but we are currently witnessing more coverage of violence against women," Lubna Darwish, gender and human rights officer at the Egyptian Initiative for Personal Rights, told CNN.

Data is not available because the state has not adequately documented such incidents, Darwish said, but cases of abuse appear in the news almost monthly. "We are seeing alarming patterns," Darwish added.