The life of the late filmmaker Jean-Luc Goddard, through his life and influence on films 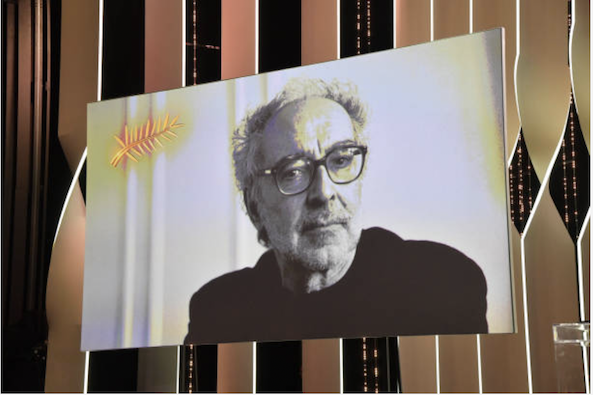 Since the recent news of his death at ninety-one years old, on September 13th, many filmmakers, actors and fans alike have been looking back at Jean-Luc Goddard’s life.

In particular, as my practice is firstly as a filmmaker, I remember studying the techniques of Nouvelle Vague and being captivated by the look at feel of his iconic cine camera shots, using eight-millimetre or sixteen-millimetre film stock with a handheld cine camera, the C100, films like Tout Va Bien,  except for particular films, like Breathless, or Bout de Souffle in which his Éclair Caméflex Camera was used.

Though iconic for his filmmaking in the more modern times, his work was often considered scandalous, starting with his personal life.

His parents, his mother, a daughter of an affluent Swiss banking family, and his father, a privatised Doctor, cut him off financially in the early fifties due to his bohemian lifestyle and work.

For me, his work does as he wanted it to, to show something that makes the audience think, but has a secondary and perhaps accidental bonus of establishing you as an audience member watching the particular surroundings of the location in the time period.

Breathless, for example, shows you a snapshot of 1950s Paris with its fashion, reminiscent of Audrey Hepburn in Breakfast at Tiffany’s, which, knowing his love for some American cinema, could have been planned or entirely coincidental.

In particular, Goddard’s second wife, Anna Karina, looks like she is wearing clothes similar to Audrey Hepburn in the film Bande à Part when she looks at a poster of Humphrey Bogart and the portraits of Presidents on Dollar bills, which is another tribute to his love of American film noir, another trademark, where he would have reversed shots of the characters in his films looking at things that referenced his love for them, be it books, posters or objects affiliated with America.

Goddard’s most known collaborators in his work were the late actress and filmmaker Agnes Varda, Éric Rohmer and François Truffaut.

His works consistently referenced french literature and a love for American Film-noir in homage, which became his trademark over time, seen in films such as Bande à Part.

He even credited Jack Rivette with the start of the French New Wave, or Nouvelle Vague, which were a group of French, French-Swiss and Italian filmmakers in the 1950’s who preferred to explore the psychological state of their characters and use techniques to manipulate how the film would be seen by the audience, instead of focussing solely on the use of plot to tell the story.

This was relatively modest of Goddard, considering they all met at Cinémathèque Français, a cinema still open today in Paris, which became a bohemian spot for many filmmakers of their time.

Rohmer even founded Gazette du Cinema, a magazine of sorts showing what they believed was the start of the golden ages of Cinema with Goddard shortly before moving on to become editor-in-chief of Cahier du Cinema in the later fifties.

Even though his more well-known collaborator Agnes Varda, who had not watched many films by the 1950’s like the other members of the group, but who regularly contributed to the Cahier du Cinema, which had Éric Rohmer being Editor-in-chief, featured her works of films made with photographs as part of her recognisable style, and her classic bowl-cut.

She even referenced her collaborators, including Goddard himself, on the subject of her nickname, ‘The Ancestor of New Wave’ after she began to make films in her thirties.

“They called me 'The Ancestor of the New Wave' when I was only 30. I had seen very few films, which, in a way, gave me both the naivety and the daring to do what I did.”

Her final film before her death with Goddard, in a sense, was Faces, Places, as there is archive footage of them. In the documentary, Faces, Places, also known as, Visages, Villages in which, she wished to use her iconic style of taking photos and using them in the film, where she and Muralist and photographer JR even attempted to meet. Still, he refused to answer the door to her.

Perhaps it was his usual sense of feeling out of place, as he always was oddly conscious and seemed righteously angry, eventually falling out with those he considered essential to his work, like, Truffaut.

He and Truffaut, who though in the same movement, were polar opposites of each other. It seems Goddard liked to dissect others' work with some critical thinking and perhaps allude to it in his own work, like his love for American Film Noir.

Others found his homage and scrutiny too much, especially those who worked around him, though they knew he was always trying to make a statement, to make the audience think, about what his work said to them.

It didn’t work if it was re-arranged by others, as he edited the shots to be a thought process rather than a plot. Iain Quarrier found this out rather abruptly, after editing a Documentary film Goddard had done, earning him a punch from Goddard himself.

The relationship between Goddard and Truffaut broke completely apart when Goddard asked if he could film a response to Truffaut's Day For Night not only because Truffaut believed Goddard was destructive in his methods of filmmaking but also because he asked for money to finance the film, from Truffaut himself.

The Guardian's most recent piece on Goddard following the announcement of his death is a piece that perhaps shows a truthful side to his fallouts, including the one with Truffaut.

“In 1973, Godard wrote to Truffaut attacking his latest film, Day For Night, and asking for funds to make a response. Truffaut wrote a furious reply, accusing Godard of behaving "like a shit" and listing years of misconduct by Godard. Unsurprisingly, Truffaut refused to pay for Godard's film. The pair's relationship never recovered.”

On the subject of Goddard’s films, Truffaut found them derogatory and destructive. He said the talent of Jean-Luc Godard goes toward a destructive object. Like Pablo Picasso), he destroys what he does; the act of creation is destructive. I like to work in tradition, in the constructive tradition.

His documentary film on the Rolling Stones in 1968, Sympathy for the Devil, also called One plus One, got re-cut by Iain Quarrier, an actor and producer, which prompted him to go to the screening in London and punch him in the face for doing that to his work, which often had certain rhythms and timing specific to Goddard’s editing of his films.

Mike Figgis interviewed Raol Cortard in the Guardian even earlier in 2004, who explained, when asked during the launch of a Biography on Goddard by Colin MacCabe, about his working with the filmmaker, He wouldn’t take credit for any of the work he did with Goddard, saying, "It's complicated ... I would discuss it with Mr Godard. He can be a shit ... but he's a genius."