The new conflict in Ethiopia 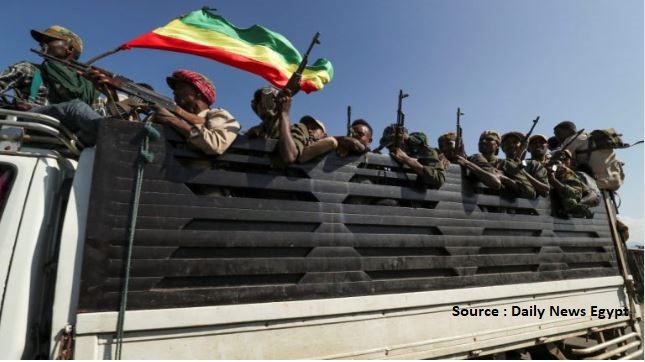 In the past few days, a new conflict has erupted in Tigray and Amhara regions in Ethiopia in the context of the current civil war. Offensives launched by the Ethiopian and Eriterian forces have targeted the rebel region Tigray in the northern part of the country. This comes as a rupture of the five-month peace truce that was concluded on March 24 between the Government of Ethiopia and the TPLF (Tigray People’s Liberation Force) that meant to alleviate and stop the violence for a while. The war is considered to have last for nearly 2 years now and its constant re-escalation provoked international responses expressing the deep disappointments of the violation of the latest truce, by the United Nations, African Union and the United States.

There were strong condemnations of the renewal of hostilities, while there are reciprocal accusations between the two opponents on who started the fight. It is crucial to note that Ethiopia is a multi-ethnic federal country with more than 90 ethnic groups within that speak each over 80 different languages. Moreover, it is constituted on the basis of the ethnic federalism since 1995, in which ethnic groups are distributed in different territories. These different ethnic groups range from the Oromo, Amhara, Tigrayans and the Somalis. The current Prime Minister Abiy Ahmed makes part of the Oromo that forms 34% of the total population while the rebel Tigray group only makes 6% of it.

However, they have been behind the coup d’état in 1991 where they controlled most of the state’s security system and the army. The origin of the rebellion lies mainly in the intention of the Prime Minister Abiy Ahmed to eliminate the ethnic federalism and this by creating the Prosperity Party that was intended to succeed the EPRDF that was in power until 2019. All the ethnic formations that were previously in the EPRDF joined Abiy Ahmed’s new socio-liberal political party except the Tigray’s or the TPLF. Therefore, they felt in a way marginalized or weakened by the new Prime Minister’s policies, hence the current rebellion conducted by this ethnic group.

Furthermore, in general, Ethiopia is a developmental state with repressive national policies, that uses exclusion as a way to punish the rebels or those that are not aligned with the central government. Nevertheless, things are getting more complicated and uncontrollable in this multi-ethnic country that it becomes more difficult to control those different ethnicities, to a point where secession is possible for these diverse regions. Abiy Ahmed, who obtained the Nobel Price for Peace in 2020, even used the Great Renaissance Dam project as an attempt to unify those masses under a single vision or project. Yet, Ethiopia remains always plagued by the ethnic divisions.