The Potential Detransition of the People of Oklahoma 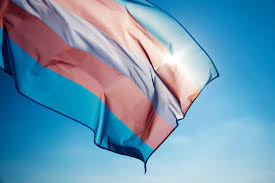 On January 4, 2023, a new anti-transgender bill was introduced to the state of Oklahoma. According to Senator Bullard, the bill would “prohibit provision of or referral for gender transition procedures; providing exceptions; prohibit certain uses of public funds, public facilities, public employees, and state Medicaid program.” Individuals would be subject to criminal, civil and administrative enforcement if this bill is passed.

A bill like this could potentially detransition thousands of people under the age of 26. All individuals under the age of 26 would lose access to their medications, without receiving the care they desire afterwards. Without the proper care and funding, these individuals would be forced to detransition and banned from receiving a referral. This bill would make transitioning an individual that fits the criteria a felony in the eyes of the government.

The bill states that “any referral for or provision of gender transition procedures to an individual under twenty-six (26) years of age is unprofessional conduct and shall, upon an adverse ruling by the appropriate licensing board, result in immediate revocation of the license or certificate of the physician or other healthcare professional.”

People flood the internet to discuss their fears upon the news of such an impactful bill. People expressed their fears for the mental health of these individuals affected.

Erin Reed said on twitter, “One thing that people neglect to realize is that these bills in Oklahoma, South Carolina, and New Hamsphire that ban gender affirming care could literally be life threatening, and not just for suicides.” Another twitter user expresses how a bill against the community like these could scare doctors into working within the state for transgender individuals. Cindy on twitter stated,  “Oklahoma is already seeing the most extreme legislative attacks on trans people in the nation. SB 129 would ban best practice medical care for trans people under 26. Even if this bill doesn’t pass, providers aren’t going to want to practice in this state.” Jerkia, Local Sports Lesbian, went on twitter to express, “this Oklahoma anti-trans bill to block gender transition for anyone under 26 years old is a moving goalpost to help transphobes reach their true goal, trans people no longer existing.” She also mentioned that “they want to ban transition outright, and keep escalating the legal age to achieve that goal” the community expresses as they feel to be under attack by right-wing legislators who have no connection to the trangender community or the LGBTQIA community.