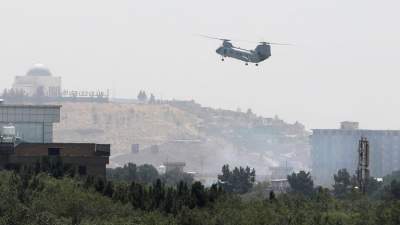 The Afghan government is en route to losing complete control over all its territories to the Taliban. Reports are surfacing from the interior ministry that announced the Taliban’s entry into Kabul.  The Taliban has released a statement claiming that they do not want any bloodshed. Whilst there are speculations of peace talks happening between the Afghan government and Taliban, sources suggest that the Taliban soldiers are still in the outskirts of Kabul waiting for a peaceful transition to an Islamic state in Afghanistan.

However, news reports and live streams show images of smoke rising, and sounds of multiple gunshots as well.

Afghan president claims that the situation is under control, but with Kabul being the only area left under government control, the capital's fall is imminent. Reports also suggest that there is no money in banks or ATMs. Network connectivity is also not accessible at the moment in the area.

With Jalalabad and Maidan Wardak falling into the hands of the Taliban on Sunday, the radical insurgents were just 120km away from Kabul in the morning. At any moment, the capital will fall, and the Afghan government will no longer have the resources or control to function in the country.

Until the recent developments in Kabul, the Afghan government, under Ashraf Ghani, controlled only six provincial capitals out of the 34 in total. In other words, Kabul is the only major city under the control of the Afghan government. On Saturday, the 4th largest city in Afghanistan was captured by the Taliban. It is after this that the group marched into the areas around Jalalabad. There are speculations regarding a power-sharing agreement between the Taliban and the Afghan government. Reuters reported that this power-sharing arrangement will not have a place for Ashraf Ghani, given his proxy status. But with the hegemonic resources and seeing the pace at which the Taliban was advancing to Kabul, there were concerns that a political settlement would not be met between the two parties.

On Saturday, Ashraf Ghani was telecasted with a pre-recorded statement. The statement lauded the efforts of all the Afghan forces who were trying to defend their motherland. He also disguisedly hinted at the government's helplessness regarding the instability but mentioned that the National battalion will not give up in their fight.

The USA has also deployed more than 3000 army soldiers to evacuate their citizens from the country. However, officials mentioned the army personnel from the US army would not engage or confront the Taliban.

Other countries have also sent their forces to evacuate their citizens from the nation and their respective embassies. Warning sounds were also given, to international journalists, who are currently reporting at Kabul and other surrounding areas in Afghanistan.

The Afghan government has grim chances of defending the capital and reclaiming other territories. The Taliban are also much more competent in the war, with enough resources and machinery to oust the current government. The underlying question that still lies is how a terrorist outfit can garner annual resources worth at least 400 million $ for their campaigns?

Forbes reported in 2016 that about 240 million $ in this budget comes from foreign donations and the rest through the Taliban's revenue stream, which includes Poppy cultivation and drug trafficking.

There is foreign support for the Taliban government. Especially from countries like; Russia, Iran, Pakistan, and China. The latter three are also bordering countries with Afghanistan. The Taliban is also welcoming investments from China, mainly in the area near the border. Russia and China can use the Taliban to create a proxy offense against their common adversary, the USA.

Reports and studies show that Russia, China, and Iran will also have a lot to profit from Taliban-controlled Afghanistan in terms of, trade, energy pipelines, and other infrastructure projects. Without mincing words, when maintaining a cohort with the Islamic group, each of them as countries, has their geopolitical ambitions in mind.

However, other countries from Europe, like the UK and Germany, have acknowledged recently that they would not want to do anything with a Taliban government in control of Afghanistan. Amidst the internal displacement and possible refugee crisis that might arise from Afghanistan, six EU countries have also hinted at closing their borders to potential refugees from Afghanistan.

Hopefully, soon enough, the entire world will start viewing the scenario in Afghanistan as a humanitarian crisis rather than a geopolitical issue.