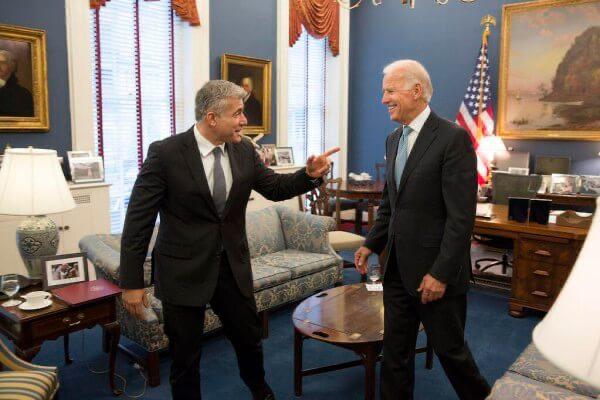 Israeli media reported that one of the main plans of US President Joe Biden during his visit to Israel, which will last from Wednesday to Friday, is to announce the "strategic partnership" between the two countries.

The agreement includes declaring a joint stance against Iran's nuclear program and its "regional aggression," The United States and Israel say they will use "all their national power" to ensure Iran never acquires a nuclear weapon.

Also, Joe Biden will emphasize his commitment to protecting Israel's security and the country's ability to defend itself.

According to the Jerusalem Post, the joint statement by the leaders of the United States and Israel said that Washington would adhere to and implement the $38 billion ten-year memoranda of understanding for military aid to Israel.

The report quotes a senior Israeli official saying that Iran will be one of the main topics of conversation between American and Israeli officials at all levels, including the meeting and discussion between Israeli Prime Minister Yair Lapid and Biden.

This Israeli official stated: "Iran continues to violate its commitments and deceive the international community... There is strong cooperation between Israel and the Biden administration regarding Iran, and Israel appreciates this."

Previously, the Prime Minister of Israel, referring to Joe Biden's upcoming regional trip, said that the talks with the US President will focus on the "Iran issue" in the first place.

After Israel, Joe Biden will go to Saudi Arabia, a regional rival of Iran and an ally of Washington. Therefore it is said that one of the main topics of Mr. Biden's conversation with the Saudi leaders will be Iran and its nuclear program.

In this context, the US State Department has announced that US Secretary of State Anthony Blinken will accompany Joe Biden on his trip to Israel, the West Bank, and Saudi Arabia.

The US State Department says that during the trip, he will meet with Israeli, Palestinian, Persian Gulf, and regional "partners" on a wide range of priorities, including deepening US relations across the region, the issue of two states, and countering common threats, including Iran's threats will be negotiated and consulted.