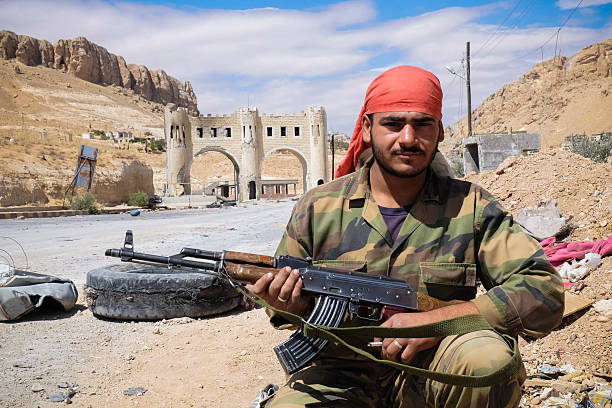 The world has been set off in Fear and Trepidation. Terror pervades the air and is controlling the public. The fingers are shivering in fear, not enabling them to even type a message on social media. A keen eye has been kept on the actions and they are being tracked. It has been more than one month since the Taliban has taken control of Afghanistan,  its citizens, and now the social media. In a world driven by technology, Social media is the biggest asset for any group to exert control,  manipulate and rule the world. The last time when the Taliban was controlling Afghanistan, the major GAFAM US-leading companies didn’t exist and they had banned the Internet. According to the World Bank, only 0.01% of people were found online at that time. But currently, The Taliban is using social media to propagate the message across various platforms and to have command over the politicians, leaders, and citizens.

Should the Taliban be permitted to access Social Media? Or Should they be banned because of monopolization?  A platform for free speech is highly criticized for allowing the Taliban to use social media. The conspiracy theorists and the extremists are denouncing this act. A statement was issued by Parler (alternative to social media platforms launched in 2018), in which it was mentioned that Twitter should ban the Taliban's accounts.

Twitter has a record of banning people from its platform for unwanted reasons. Answering these critics, the company stated that they will enforce the rules and regulations and will look after that violence is not promoted. A spokesman from Twitter commented," the company is witnessing the people that are using Twitter for help and assistance." Adding on also highlighted that the main aim of the company is to maintain safety.  As long as they don't use the platform to promote their manipulation and violations, then Taliban activists are allowed to use the platform."

As earlier, the Taliban are ruthless with the citizens of the country. But shockingly they are using this medium to paint a good image of themselves in front of the world. Zabiullah Mujahid, the Taliban's spokesperson, has about 4,00,000 Twitter followers. Suhail Shaheen, another official, has about half a million followers. The organization is trying to portray that they are working for the welfare of the country by uploading videos on the platform. The first video that was uploaded by them showed the reconstruction of the road. He tweeted, " It's time to roll up the sleeves and build Afghanistan." One of the recent posts of these Taliban fighters was enjoying ice cream under the heat.

Social media is just an alter ego of the Taliban fighters, where they are putting a blanket on all the miseries they have created in the country. Media has four eyes, it seeks out information and lays down the reality before us. Recently, the media was circulating the news that the Taliban is forcing young girls to marry Mujahideen. Replying to this, Suhail Shaheen tweeted," All these claims are completely baseless and it is poisonous propaganda played against us ".

Taliban is training the people for the usage of social media and to keep an eye on the virtual world. When the Taliban took control over the Afghan, the pro- Taliban had celebrated their victory by sharing videos on social media. The videos had crossed more than a million views in 24 hours. The Al Qaeda had also tweeted," Afghanistan is Conquered and Islam won".

Twitter had granted permission for the Taliban to carry out their activities, while it had banned the 45th President of America. Donald Trump had alleged on Twitter," Horrible muggers and dictators are allowed on this platform". It has been more than 8 months since Trump's account has been blocked as he had defended and glorified the Mob Attack on Capitol. He had more than 80 million followers on Twitter in comparison to the Taliban. Not only the President, Michael Flynn -Trump's former security account was also suspended.

Mexican President Andres Manual Lopez Obrador had also criticized the decision of banning the account of Donald Trump. He stated that these social media companies can't restrict the freedom of opinion

Looking at the current brutality and the cruelness, Facebook has released its statement that it will continue to ban Taliban content across its platforms. In US law, the Taliban organization comes under the terrorist organization. As WhatsApp and Instagram come under Facebook they have been restricted from these platforms too. But why were the reports stated that the Taliban is using WhatsApp for communication purposes?

A Facebook spokesperson said, " We have a dedicated team consisting of Afghanistan experts who have a knowledge of the local happenings and who can help us to highlight the issues over there." Zabihullah Mujahid in a press conference had alleged that Facebook is suppressing Freedom of Speech. "

There is overall Uncertainty about how the Taliban will use its Twitter platform to change the perception of the Public. Will it be used as a controlling weapon to tame people? Or will Twitter too ban the Taliban?

All these questions can be answered in the near future, by keeping a track of the activities carried out by the Taliban.