Tunisian Referendum: The Dilemma of Dictatorship and Democracy 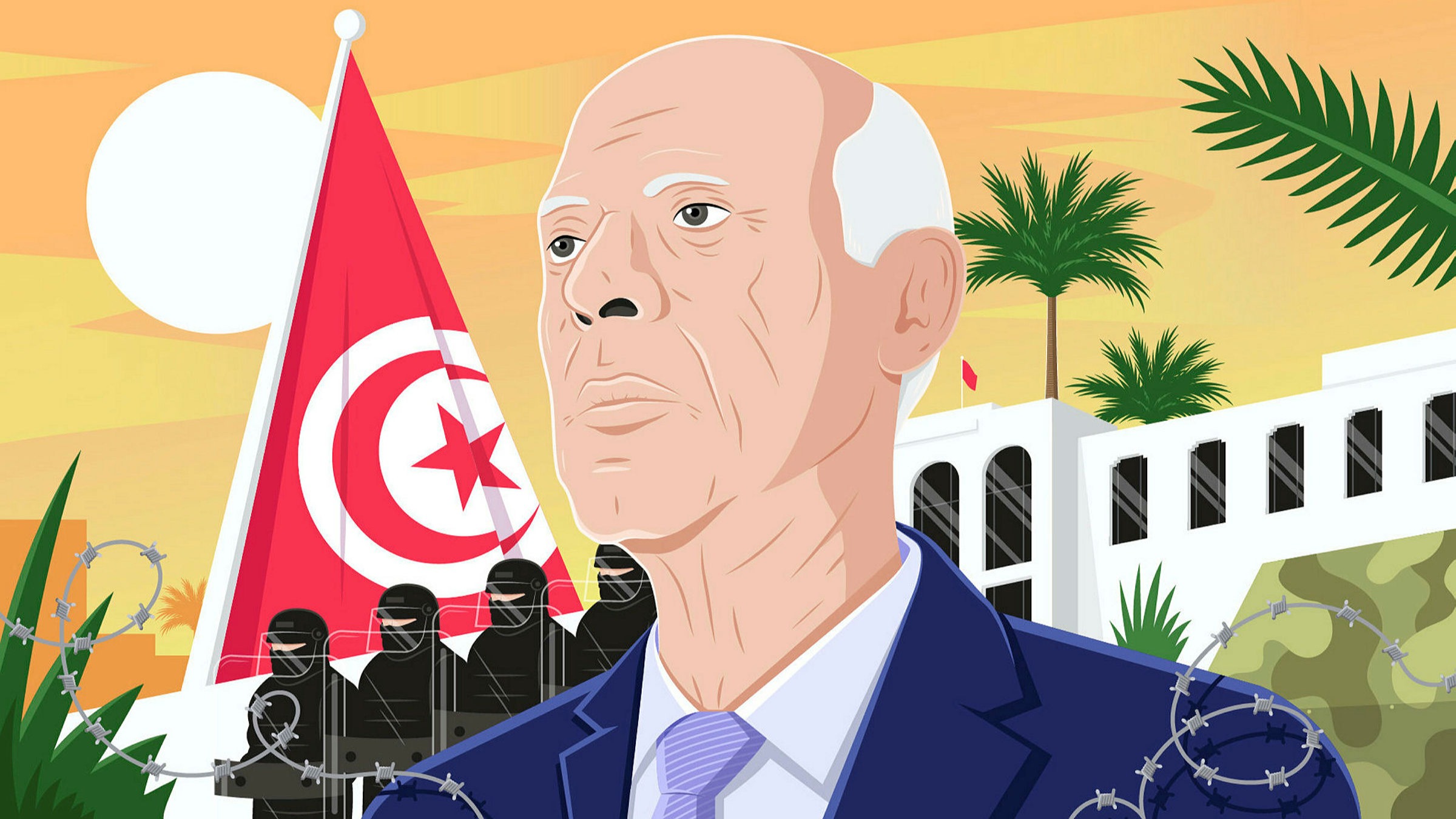 Tunisian President Kais Saied celebrated his long-awaited victory in a referendum on a new constitution that will give him almost unlimited power.

Kais Saeid appeared in front of his supporters after a poll of voters showing more than 90 percent of them supported him.
Nevertheless, participation was only 27.5% and the main opposition parties had boycotted this referendum. Opponents of the president say that the plan and changes he is considering will only consolidate his power, which he seized a year ago.
Kais Saeid says that if the voting was done over two days, the participation rate, which was announced by the country's election commission, would have been higher.
He promised that Tunisia will now enter a new phase after a decade of political deadlock. However, his opponents argue that the low attendance of the people is a denial of the legitimacy of his alarming move towards autocracy.
The date of the referendum was chosen by President Kais Said, the anniversary of his dramatic move to suspend parliament and dismiss the government a year ago.
Kais Saied was elected to the presidency of Tunisia in a democratic process in 2019. But the opposition forces inside the country have considered his actions of the past year as a "coup" and lawyers have also considered these actions to be an attempt to "concentrate too much power" in the position of president.
The new constitution, which replaces the 2014 constitution, drafted three years after the Arab Spring, gives the head of state full executive control, the supreme command of the military, and the ability to appoint a government without parliamentary approval.
The opponents of the Tunisian president, led by the Islamist party, have boycotted the referendum on Tunisia's new constitution, pointing to the "illegal process" and the lack of participation of political parties in it. However, the National Union of Tunisian Labor, the country's most influential trade union, has not made a recommendation on whether or not to participate in the referendum.
After the referendum, the president said: "Our money and wealth are huge, and our will to rebuild a new Tunisia and a new republic and get rid of the past is even greater."
Many of his critics say the change could return Tunisia to a dictatorship, even though the name is a republic.
Although the president still has supporters among Tunisians who believe the country needs a strong leader to address its problems, there appears to be little enthusiasm for the referendum.