The UK tries to steer its future, but it can’t steer migrants. 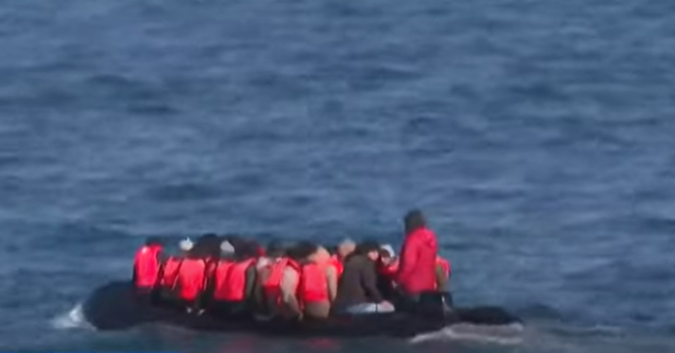 Recently, UK has been facing a refugee crisis, where despite the UK having handed over the baton to the EU to limit the flow of the migrants, conditions haven’t changed. Within the past couple of months, refugees from all over the world have started arriving at the shores and the beaches of the United Kingdom, causing available spaces for the migrants to gradually reduce. The country has come up with a plan that seems efficient enough to combat this flow.

A proposition has been drawn stating that all the migrants shall be sent to Rwanda for asylum processing. The plan consists of sending those migrants that are arriving illegally in the UK over to Rwanda where they will stay until they can successfully get their asylum-seeker status. In a recent speech, Boris Johnson stated ‘these vile people are abusing the vulnerable and turning the channel into a water graveyard’, this solution, hence, not being the simplest or the easiest.

Reports have claimed many women and children are dying because of this inhumane act, either by drowning in the sea or by starving in the back of the lorries.

In a recent speech, Priti Patel states that she stands by her decision, to send the migrants to Rwanda, as she even pointed out the impossibility of a ‘simple solution’ to tackling the flow of migrants. Boris Johnson recently had referred to human smuggling as a ‘trade’ that must be stopped. He asserted that the idea of a ‘perfect life in the UK’ must be removed from the migrant’s head.

The reports state that once the migrants gain their refugee status, they will stay in Rwanda, not in the United Kingdom. The accommodation to be provided is considered very well equipped with good hygiene, water facility, and food.

As stated in many reports, this scheme applies to those migrants that arrived on January 1st, but the size and the sample of migrants who will be sent over to Rwanda is still unclear. The scheme is said to come with a whole package, referred to as ‘Platinum Package’.

The package includes only single male migrants being flown into Rwanda, where their asylum schemes will be processed. If they are successful, they will be allowed opportunity to build their own life. Also they will be offered five-year access to both support and education. However, if they are not successful then they can either apply to remain in Rwanda or be relocated to a different country to reside.

Priti Patel is very confident in the government’s decision to send illegal migrants over to Rwanda and continues to stand by it. Rwanda is said to have a unique refugee system, which is linked to its refugee re-settlements. Although Rwanda is on the track to becoming a developing country, there is much hope that it is the safest country.

There are reports that in dealing with this scheme the UK will provide Rwanda with $160m to take in the refugees. In a recent speech, Vincent Biruta (Rwandan Foreign Affairs Minister) said that the money the UK will provide ‘it will not only help them, the Rwandans, but it will also benefit us to advance our development’.

‘Cannot carry the weight of resurrection’:

Also, Steve Valdez-Symonds (Amnesty International UK) reported of evidence from the Australian government, pointing out how similar schemes like this have imprisoned hundreds of people on islands in the South-Pacific without any choice. Reports suggest that this has high-costs to the Australian taxpayer.

The UK government claims they are aware of the challenges but have full confidence that they are complying with international legal obligations.