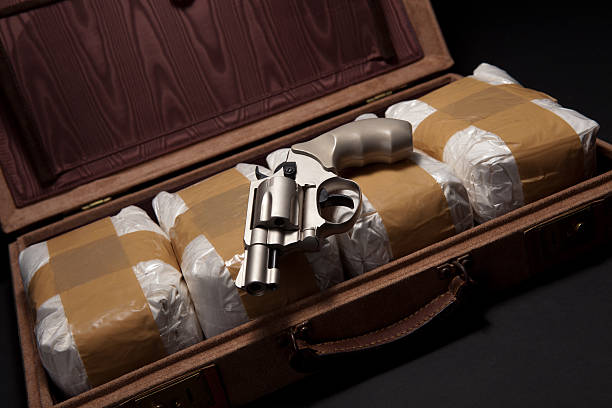 Drug trafficking is one veil that has covered the faces of certain individuals all over the world. It isn't restricted to a particular gender and people are not bothered about its consequences; as long as it provides for their needs and keeps them busy. Drug trafficking is an illegal practice that deals with the production, and distribution of illicit drugs. Dealers serve as trade agents for these illicit drugs, which include cocaine, heroin, methamphetamine, masculine, Oxycodone, marijuana, and many more.

This illegal practice has caused more harm than good to people, but instead of giving it up, they prefer to risk it and give it all it takes. There are different ways in which people hide drug trafficking. As a form of disguise, the illegal drugs can be packed into the human stomach, carrots, doughnuts, cucumber, watermelon, plantain, pineapple, cakes, submarines, drones among others. This is the extent to which people can be desperate for money.

Examples of drug busts are seen in different countries of the world. For instance, two Nigerian women were reported to have been caught by Officers of the National Drug Law Enforcement Agency (NDLEA) in an attempt to get away with 108 ingested wraps of cocaine and heroin substances. They planned to export those illicit drugs to New York, United States and Medina, Saudi Arabia, but were caught. When probed, they blamed their action on financial hardship and this is where the problem lies.

Anyone who thinks that drug trafficking is the solution to his financial or unemployed state has gotten it wrong. It is not the antidote to poverty either. This is why the government of every country has taken to proper disciplinary measures to punish drug traffickers. Apart from the personal consequences they face, they also face the wrath of the government, as there are penalties for their illegal actions.

This is a warning to every individual who thinks their engagement in drugs will solve their problems. Drug use will compound your problems and make you an object of disgrace in society. Worse still, it can lead to death. Diligence and dignity should be imbibed by individuals. Self-discipline is also important. There are better things to do with your hands than putting your name, life and family on the line.