This Ghanaian Can Be The World’s Tallest Man For the past few days, social media has been stormed with the news of the Ghanaian resident Sulemana Abdul Samed being the world’s tallest man. But the information has been proven false.

A local hospital in Northern Ghana told Abdul Samed, during his monthly checkup that He has grown to a height of 9 feet., 6 inches (2.89 meters), more than Sultan Kösen (40) who is the Guinness record holder for the tallest man alive in the world at a height of 8ft and 2.8in.

"The way they measure me, I cannot say everything is perfect," Samed told BBC.

The rural clinic was unsure of Samed’s exact height as they lacked proper measuring equipment.

A nurse at a clinic told Samed that he has grown taller than the measuring scale. The hospital staff then used a pole as an extension to measure his height, and that is how it resulted in an estimate. 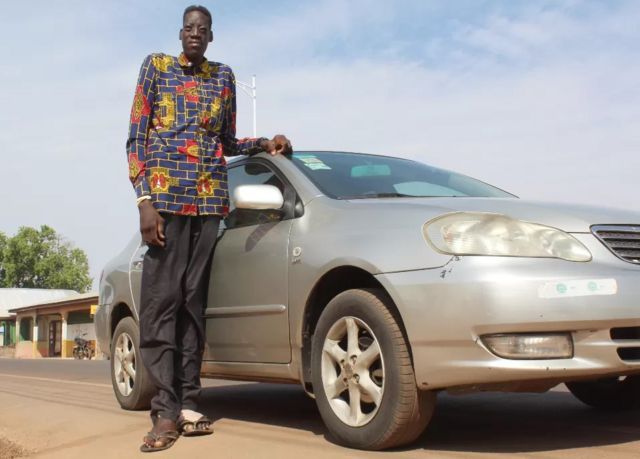 “When I heard rumors of a new contender for the world's tallest man in northern Ghana, I set out to find out if it was true,” Nunoo said. “The only problem? Measuring him.”

A 16ft measuring tape was used to measure Samed. The result came out to be 7ft 4in, barely 1ft smaller than Sultan Kösen. He hopes to break the record one day as he grows every three to four months.

"I'm still growing tall,” Samed said in an interview with BBC. “Who knows, maybe one day I may get to that height too.”

“Every three to four months I grow… If you've not seen me for three or four months, you'd realize I have increased,” he added.

Sulemana Abdul Samed alias Awuche which means “let’s go” in Hausa, is a small businessman in Ghana who sells credit cards. He is just 29 years old and suffering from Gigantism.

Awuche’s journey as a Giant started at 22 when he was living in Accra. He moved there to become a driver. He was working at Butchers to save money for his driving lessons.

One morning, He woke up with an extended tongue in his mouth. It had extended so much that He could not speak nor able to breathe. He ran to a local pharmacy to get some medicines.

After some time, He noticed a rapid growth in his other body parts.  His friends and family also observed his growth spurt. Soon, other complications began to arise. He then started seeking proper medical care.

He’s left with skin problems on one leg, ankle, and foot due to excessive limb growth. He also has a curved spine as a result of Marfan syndrome, a genetic disorder affecting the body's connective tissues. According to Doctors, he needs a surgical procedure on the brain, but the Ghana clinic can only provide basic medical facilities. 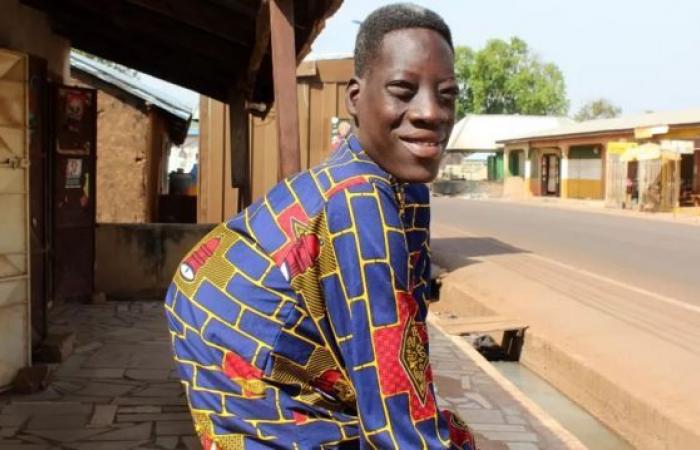 Awuche’s health problems compelled him to leave the dreams of becoming a driver and move to his village Gambaga after six years in Accra. According to Awuche, he can’t hold the steering wheel as he can’t stretch his leg when he shifts the seat back to avoid having his knee hit the wheel.

Yet in the midst of that, Awuche has grown in fame. His pictures have become viral over social media. In his village, people want to take selfies with him.

He plans to undergo plastic surgery as soon as he has the money. Due to the excessive growth of the limb, he has skin issues on one leg, the ankle, and the foot. But he is not dishearted at his condition.

"That is how Allah chose it for me, I am OK. I don't have a problem with the way God created me," he told BBC.