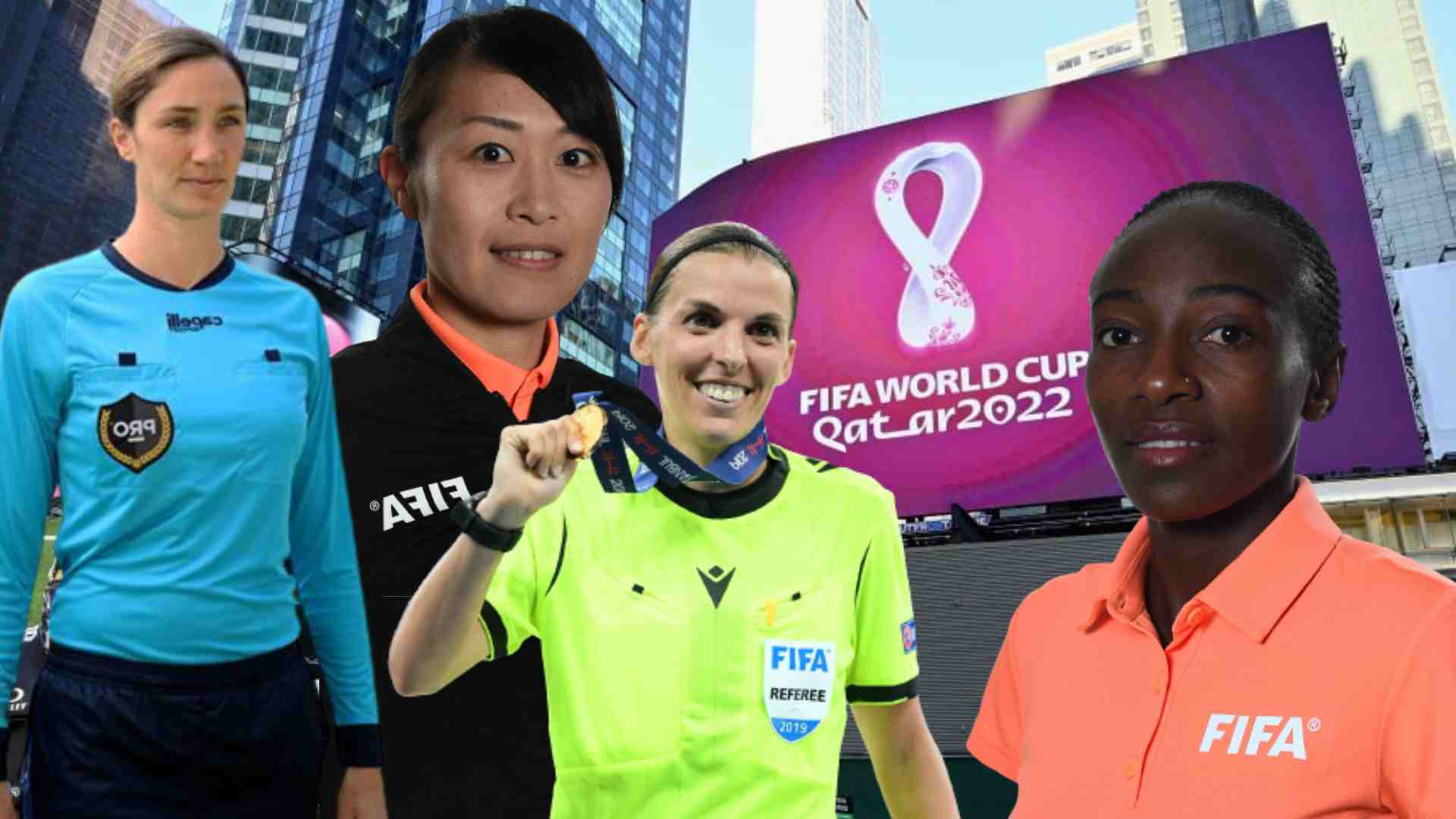 The World Cup starts on 20th November 2022 and ends on 18th December 2022. This time, FIFA has three female referees from different religious backgrounds and ethnicities. While this is the first that women will be doing the role of male referees, which has always been the case in football matches, these three women will be the first to do the job in a World Cup.

Six women have traveled to Qatar as match officials. While all the praise goes to the players, referees are often criticized for the slightest errors. This time, the tables are turning as three women will be referees in a men's football World Cup.

FIFA confirmed that there are 36 referees and 24 video match officials, and assistant referees are 69 in number. The referees are Stephanie Frappart from France, Yoshimi Yamashita from Japan, and Salima Mukansanga from Rwanda

Yamashita is Japan's first professional referee to officiate the World Cup this year. Mukansanga is the first woman from native Rwanda to referee at the FIFA women's World Cup and African Cup of Nations. (AFCON) Mukansanga continues to progress and is making history with her previous achievements.

Yamashita is all geared up to appear as the referee after the Women's World Cup in 2019. For the men's FIFA Worldcup, Yamashita will be the referee for the World Cup in Qatar. While Qatar is a conservative country, it is for the first time women will be seen refereeing in a man's game. She also said that Japan is still far away in the world of Soccer regarding women, but her presence as a referee might pave the way for women to explore more practical and professional options.

Yashamita also said that this is a sign that the world should understand that women's potential is constantly growing. Rwanda's woman, Mukansanga, initially wanted to play basketball. She stated that the infrastructure for basketball wasn't up to the mark, so she ended up refereeing and never regretted it in life. From then, Mukansanga was led to the 2019's Women World Cup, the Tokyo Olympic Games in 2020, and Qatar in 2022. But Mukansanga is not a new name. She has also been a referee at the men's AFCON.

Frappart is a prominent name as a female referee. Her first final match was in 2019 at the World Cup in France. Again in 2019, she officiated at the UEFA Super Cup Final. She became the first woman to take charge of a men's Champions League match. After that, she led the Atletico Madrid and Chelsea match in the UCL women's match. And now, she is the main referee of the World Cup in Qatar.

While the tasks of referees are not menial, they have to keep up with the necessary fitness for all the running on the football field along with the players. Not only is fitness necessary, but detailed football knowledge is required to qualify as a referee in the World Cup.

All three female referees have worked in male matches. Because their led games were in a Middle Eastern country where women are not exposed to sports and the professional world, they have set an example that women can achieve in personal and professional spheres.