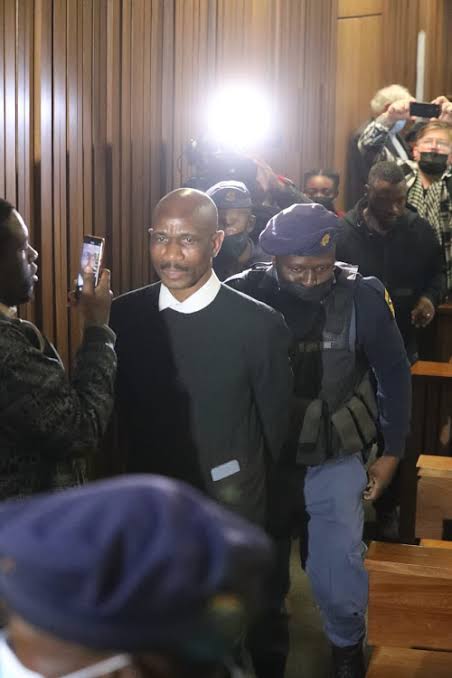 Following his arrest Activists rise their concern that there should be greater investigation in the arrest of Malesela Teffo who said that the police minister and the president are the one behind his arrest to prevent him from handing justice.

An investigator, who identified himself as Masungwini, told advocate Teffo that he obtained an arrest warrant after he (Teffo) failed to appear in court on January 22.

Political and human rights defender and activist Mary de Haas said she was very concerned about the arrest of a defender and the safety of witnesses in the case.

“As we know, the witnesses have already been beaten in the cells. I fear that Teffo is arrest and detain will be used as a means to harm him, and possibly even have him killed, as he is deeply unpopular with the police administration because he is winning court cases of members who were wrongfully dismissed. ”

We want to know why they decide to arrest him now.

She said she received a communication from Teffo that the arrest warrant was fraudulent and that he was being released.

“I don't know why they come to arrest him now, unless they're desperate to get Teffo out of the way.

This is not a good reflection on justice. However, I just want to point out that this is how the police behave and they want to act like they are above the law.

This scares the whole of South Africa and the criminal justice system. We should sit down and pay attention."

Meanwhile, social worker and whistleblower advocate John Clarke said it seemed suspicious that advocate Teffo was facing retaliation for speaking out about failings in the criminal justice system.

It seems like a spectacular own goal for these cops to arrest him in such a high-profile, high-profile case. He implied that they had no confidence in their case against the five defendants.

It's not I who judge the outcome of a rigorous, fair and proper trial, but that is what the judicial system is for: rigorous and ruthless cross-examination and an effective representation of the facts.

Clarke said advocate Teffo has faced a lot of criticism for his behavior as a defender. The judge in this trial must be pulling his hair out over this utter disregard for the judicial process – the irony that Teffo is supposed to be arrested for contempt of court. Justice delayed is justice denied and what we saw yesterday was tragic delay and compounded injustice.

On Thursday evening, police minister Bheki Cele's spokesperson, Lirandzu Themba, tweeted that Cele had requested a full report from the National Commissioner on Teffo's arrest, including how it was carried out.

But then south African residents are planing to protest against the south African police services for delaying justice,using fake documents to arrest advocate Malesela Teffo publicly in court during court procceding.