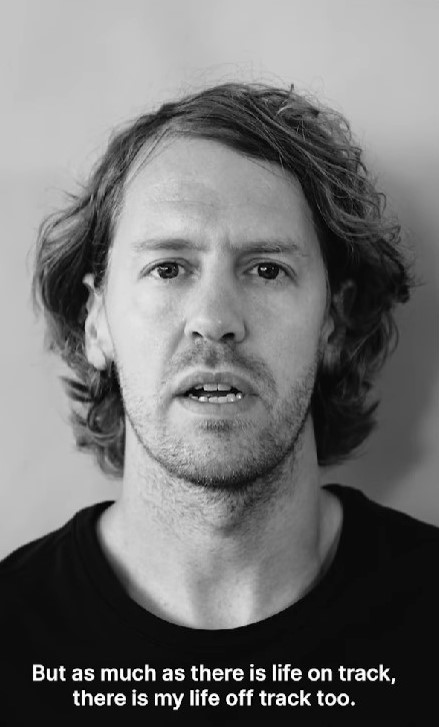 “I would like to announce my retirement from F1 at the end of the 2022 season. I could probably start with a long list of people to thank at this moment, but I think it is more important to explain the reasons behind my decision.” The German pilot Sebastian Vettel is speaking, and this is how he has announced his official retirement from Formula 1 today, 28 July 2022.

In his speech on his new Instagram account, through a B&W filter, he explains the reasons behind the decision to leave F1 at the end of the 2022 season. At stake is his time with his family and his own individuality. “I love this sport – he says – It has been the center of my life for as long as I can remember. But as much as there is life on track, there is my life off track too. Being a racing driver has never been my only identity”. He continues: “Who am I? I am Sebastian, a father of three and husband to a wonderful woman. I am curious and easily fascinated by passionate or skilled people. I am obsessed with perfection. I am tolerant and feel that we all have the same right to live, no matter what we look like, where we come from and who we love”. He speaks of his love for nature, life, and humanity. Aged 35 years old, the current Aston Martin driver now wants to give priority to his family, his own life, time, and passions other than the F1.

It is understandable that the four-time F1 world champion may feel greatly fulfilled by his professional career by now. However, his reasons are deeper than this.

Despite the many won races, the German driver thinks there are other significant ones still to take up. In the past, he already tried to rivet the public’s attention on burning issues, such as the discrimination against the LGBTQ+ community, the energy crisis and climate change. In this regard, he often criticised F1’s choices on sustainability and eco-friendliness. “My passion has certain aspects that I have learned to dislike, – he maintains – they may be resolved in the future, but the desire to implement that change needs to be stronger and it needs to lead to action today. Talking is not enough and we cannot wait. There is no alternative.”

Even if Vettel trusts change and progress, he still looks at the present with concern. He is aware that our current choices will affect everybody’s lives. This is why he believes the most important race is yet to come and to be won. Through his meaningful words, he conveys a message of alarm and urgency. “The race is on”, he says. And we are the drivers of our own future, we could add.

The Climate Change Crisis: a threat with multiple dimensions