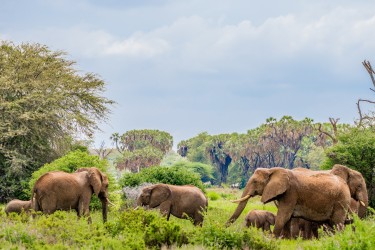 The report emphasizes the dire status of the environment and urgently urges citizens, corporations, and governments to take decisive action to stop the loss of biodiversity.  One of the regions with the lowest ratings for "biodiversity intactness" is Europe, though it's crucial to keep in mind that much of the continent's biodiversity had already been lost by the Living Planet Index's baseline year of 1970. Therefore, the 18% reduction in wildlife populations in "Europe and Central Asia" may not seem as severe as the more sharply declining patterns in other places, which have been more recently impacted by human activity. Yet, it is worrisome to discover that, despite certain conservation efforts, the declining trend in Europe still persists.

Director General of WWF International Marco Lambertini stated, “We face the double emergencies of human-induced climate change and biodiversity loss, threatening the well-being of current and future generations. WWF is extremely worried by this new data showing a devastating fall in wildlife populations, in particular in tropical regions that are home to some of the most biodiverse landscapes in the world.”

Moreover, Head of Natural Resources of the WWF European Policy Office, Andreas Baumüller, asserted, “In Europe, we have already lost much of our nature and biodiversity, and the continuing downward trend is highly alarming. The proposed EU nature restoration law is a massive opportunity to bring nature back, with unparalleled benefits for nature, climate, and people. This law is a smart response of the European Commission to increase Europe’s resilience to droughts, floods, fires, and other extreme weather events, and it will also contribute to our long-term food security.”

Tropical regions are where monitored vertebrate animal populations are dropping at a particularly shocking rate, according to the Living Planet Index (LPI), which is provided in the study by ZSL (Zoological Society of London). Up to this point, about 32,000 populations of 5,230 species are included in its largest dataset. Throughout instance, the data shows that, in the region of Latin America and the Caribbean, observed animal populations have decreased by an average of 94% between 1970 and 2018.

Neither the number of individual animals lost nor the number of populations destroyed are reflected in the index's percentage change; rather, it reflects the average proportional change in animal population sizes monitored over a 48-year period. The average monitored migratory fish population decreased by 76% globally between 1970 and 2016, but by as much as 93% in Europe, making our continent the most affected. Freshwater species populations have experienced the greatest overall global decline (83%), and within this species group, migration has been particularly problematic.

In addition to that, it was discovered that habitat deterioration brought on by farming and development, exploitation, the introduction of exotic species, pollution, climate change, and illness were the main causes of wildlife decline. With a 94% decline in wildlife numbers over the course of five decades, wildlife populations in Latin America and the Caribbean were particularly heavily struck. Between 1994 and 2016, one population of pink river dolphins in the Brazilian Amazon saw a 65% decline.

Approximately 150 to 200 billion tonnes of carbon, or 550 to 740 billion tonnes of CO2, are currently stored in Amazonian forests. This amount of carbon is 10 to 15 times greater than the yearly greenhouse gas emissions at current rates, the report read.

However, the survey discovered that the biodiversity of vertebrates in Indigenous territory, such as Australia, was on par with or greater than that observed in officially protected areas. Due to bushmeat hunting, the population of eastern lowland gorillas in the Democratic Republic of the Congo's Kahuzi-Biega National Park decreased by 80% between 1994 and 2019 whereas the population of mountain gorillas close to Virunga National Park climbed from 400 to over 600 by 2018.

The 15th Conference of Parties to the Convention on Biological Diversity (CBD COP15) will bring together world leaders in December for a once-in-a-decade opportunity to reverse course for the benefit of people and the environment. To ensure a world that values nature by 2030, WWF is urging leaders to sign a "Paris-style" accord capable of halting biodiversity loss.

However, the wealthiest countries in the world have an obligation to support developing countries with abundant biodiversity financially, not only because of the many benefits that biodiversity offers to all people, but also because the consumption patterns of wealthy nations are a major cause of the loss of nature in other parts of the world.