Train Strikes set to be the worst in 30 years 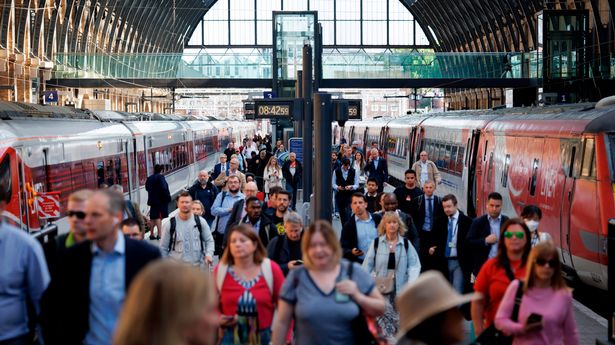 This week marks the beginning of what is set to be the worst rail strike in 30 years, with trains being cancelled across much of Great Britain.

The strikes will affect three days this week: 21st June, 23rd June, and 25th June, and according to The Guardian, over 40,000 Network Rail employees are due to strike, causing many services nationwide to grind to a halt.

Rail travellers have been warned that only 20 per cent of rail services will run on the three strike days, with one train expected to travel per hour, resulting in more people travelling by car, which will inevitably cause heavy traffic on the roads.

The striking comes as a result of job cuts, pay, working conditions and practices, and pensions. According to iNews, The National Union of Rail, Maritime, and Transport Workers (the RMT) is seeking a pay rise of at least seven percent in line with the cost of living increasing. The RMT general secretary, Mick Lynch, has warned that “if there is not a settlement, we will continue our campaign”. Therefore, the disruptions could continue through the summer and into the autumn/winter months.

Despite the government using public money during to pandemic to ensure rail workers kept their jobs, they have also offered a pay rise of three percent in light of this new issue, however, the RMT has rejected the offer and will not settle for anything less than seven percent.

Grant Shapps, the Transport Secretary, has spoken out amid the “total misery” the strikes will cause to millions of people across England, Scotland and Wales. Shapps claims that rail workers are already getting a “reasonable salary” in comparison to other professions.

The public has spoken out about how the industrial action is going to affect them, with students and festival goers amongst those who are going to be most affected. The strikes fall in the middle of GCSE and A-level exam season and the industrial action threatens to disrupt students' journeys to and from their exams. One 18-year-old A-level student told Sky News that it is “plainly unfair” and that “students should get special consideration”.

Furthermore, Glastonbury Festival is due to take celebrate its 50th anniversary over the weekend after the pandemic cancelled the festival over 2020 and 2021, and strikes have already cancelled a whopping 50 percent of all trains heading to the Somerset festival, forcing thousands of people to find alternative routes.

In a last-ditch attempt to prevent the strikes, talks are ongoing today between Northern Rail and the RMT union. However, Network Rail’s head of media relations, Kevin Groves, has told Sky News that we are “beyond the point of no return for what passengers can expect from the railway in terms of the services for tomorrow”. Despite this, Groves is hopeful for a resolution for the other two strike days, “there is still a sliver of hope we can find a way through and find a solution that works for everyone”.