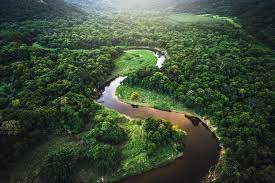 The two men were previously seen on a boat on the Itaqui river, which borders Peru and Colombia, on June 5. The area is prone to violent conflict between police, illegal poachers, and fishermen.

On June 15, A fisherman confessed to killing Phillips and Pereira, a federal investigator said, concluding a 10-day search for the two men by police. The fisherman offered no concrete explanation for the killing, but investigators suggest Pereira’s efforts to stop illegal fishing as a primary motive.

The Brazilian government hosted a meeting between the Organization for Economic Co-Operation and Development (OECD) and Latin American nations on Wednesday to relieve public concern about the dangers in the Amazon highlighted by the recent tragedy. The region where Philips and Pereira were murdered has seen an influx of drug trafficking, illegal fishing and poaching, and land invasions.

President Bolsonaro was not present at the meeting but had a history of critiquing journalists and indigenous experts who explored the Amazon. Before the bodies were found, Bolsonaro spoke disapprovingly of Phillips in an interview, saying that locals disliked him and he should have been more careful.

Phillips’ wife, Alessandra Sampaio, said his research mission had been to “clarify the complexities of the Amazon.” Phillips had been writing a book built on prior research on environmental threats to the forest, titled “How to Save the Amazon.”

His last journey through the Amazon was scheduled to be his final reporting trip for the book. Pereira, who traveled alongside Phillips, had been on leave from Brazil’s National Indian Foundation, a government agency in charge of protecting indigenous people.

Despite President Bolsonaro’s lack of response, grief and shock reverberated across Brazil as news of the murders spread, unveiling the necessity for stronger protective measures in the Amazon.