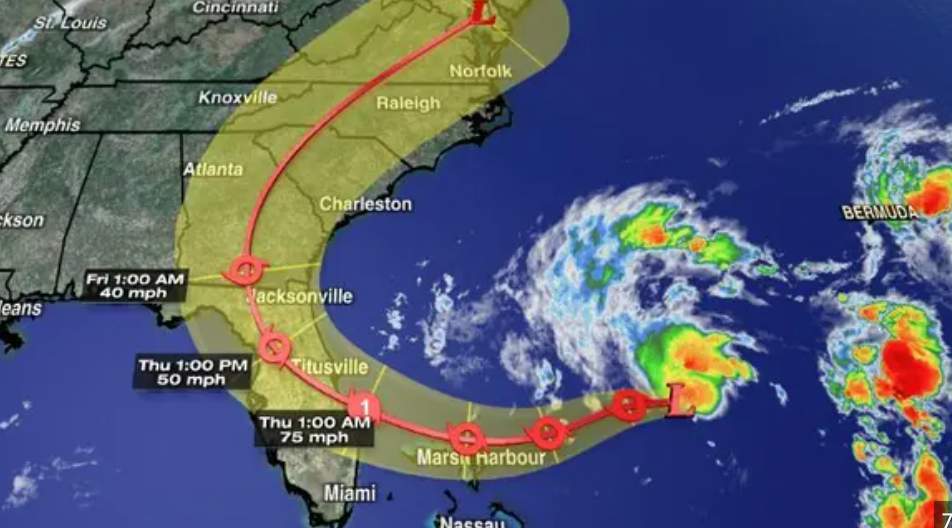 Floridians complaining about the delay in chilly temperatures to reach the south woke up this morning with cold winds and heavy rain brought by Nicole. The tropical storm hit the state this Thursday (11/10), a couple of weeks after Hurricane Ian’s catastrophic aftermaths took the scene in late September. Nicole’s occurrence, although early tracked, surprised meteorologists and Floridians as this sort of hurricane activity is quite rare in November.

According to the Weather Underground tracking information, Nicole turned into a category 1 hurricane late at night yesterday (11/09), as soon as it reached a speed of 75 miles per hour. After keeping the speed for seven hours, Nicole returned to its Tropical Storm status today at four in the morning and has been weakening back since then. As of now, winds mark 45 miles per hour, according to the Weather Underground tracking system, which is updated every three hours.

As expected with natural disasters of such magnitude, households and businesses are being greatly affected all over the Florida territory by Storm Nicole. A state-of-emergency declaration by Governor Ron DeSantis, which initially covered only half the counties, was altered this morning to include all 67 state counties. Already on Tuesday (11/08), The University of Florida, the largest higher-education institution in the state, sent a general announcement canceling today’s classes and activities. The university also informed no plans to turn facilities into shelters as provided in the last hurricane, considering the predicted moderate impacts of the storm in the north. Not all cities had the same luck, however.

Similarly to what happened in September with Ian, the state’s southern and coastal cities are those to be most affected. Landfalls, floods, power outages, and felled trees are some of the hardships that South Floridians have been experiencing since Nicole’s arrival. According to CNN, two people have already died. The victims were “electrocuted by a downed power line” in Orange County earlier today, as posted on the accordingly Sheriff’s Office Twitter account.

In Brevard County, a rescue took place when the anchors of a man’s boat broke. Robert Shufelt had been living in his boat for the past ten years but has now to find another place to call home. The boater revealed being uncertain about where to go next and preferred not to see a doctor. “This ain’t my first hurricane, but this one took me down,” Shulfet said in his interview with the newspaper Florida Today.

Although weakening, Tropical Storm Nicole will continue to grow towards the north, as predictions point out. Neighbor states like Georgia and South Carolina might be reached as soon as tomorrow. Nicole should expand even towards the northernmost cities in the country, leading to bad weather in cities such as New York and Boston by the end of the week. Rains and snowfalls are expected, but winds’ speed should not mark over 40 miles per hour in these locations.

Live information about tracking the storm, shelter locations, warnings, and more on Tropical Storm Nicole can be found on the Florida Disaster official website.

On Site Interview About Hurricane Agatha