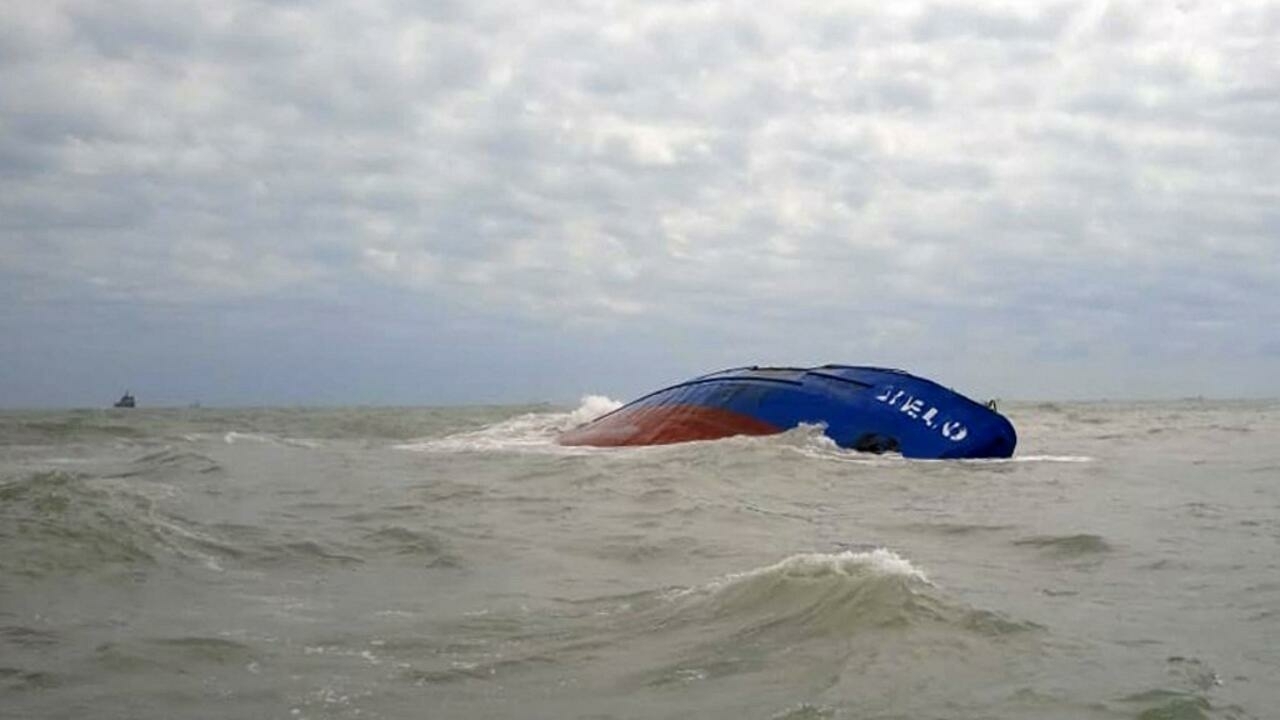 A merchant ship carrying 1000 tons of oil (between 750 and 1000, according to officials) sank near Tunisian shores on Friday the 15th of April 2022. The “XELO” vessel was transporting fuel from Equatorial Guinea to Malta in a tanker that is 58 meters (190ft) long and nine meters wide, according to the ship monitoring website vesseltracker.com. Upon facing sea turmoil, it requested entry to Tunisian waters on Friday evening to shelter from the bad weather conditions.

Upon docking 7 kilometres from the coast of the Gulf of Gabes, the seawater leaked into the engine room, submerging it within a height of 2 meters. The crew of the ship, consisting of 7 people, asked the Tunisian authorities to evacuate it from the deck of the ship, which was in danger of sinking, and the entire crew was rescued.

Tunisian authorities hastily took the necessary precautions to limit the impact of the incident. A navy team of divers was deployed to inspect the status of the ship in question and determine the sites that required rapid intervention. The next step was to put up barriers to limit the spread of fuel and cordon off the place where the ship sank. It is worth noting that what was observed on the surface of the water of traces of gasoline during the last hours came from the engines of the ship and in a limited quantity. "The situation is reassuring and under control, and no leakage of gas oil has been recorded until now from the tank of the sinking ship," Rabie Majidi the transport minister said.

Following a field inspection and ensuring the safety of the sea barriers and the tight encirclement of the place, the minister attended a meeting of the regional committee to confront disasters. The committee in charge of studying the optimal technical possibilities to evade the disaster proposed the initiation of the third stage of the rescue plan, which is represented in suctioning the gaseous shipment from inside the ship’s tanks and evacuating it to safe storage sites. This course action is a precise and articulated technical process that paves the way for the fourth stage of the plan, which consists of withdrawing the ship and salvaging it.

Meanwhile, the Presidency of the Republic and the Ministry of Foreign Affairs, Immigration; and Tunisians Abroad received calls from several countries expressing their readiness to extend a helping hand to Tunisia and direct the support it needs to avoid any environmental disaster.

On Saturday, a maritime investigation was initiated as required by national maritime law and well-known international conventions to find out the true circumstances of the accident, verify the nature of the activity of the said ship, identify its movements during the last period, and take all necessary legal measures regarding the results of the investigation. “Tunisia will determine later the losses and will demand compensation," Laila Chikaoui, the environment minister said.

The last thing the coast of Gabes needs is another environmental cataclysm to top off the record high pollution in the region. The shores are already contaminated with waste dumped by local industrial plants. The suffering of this habitat has incited many environmental organisations to call for government action against the major pollution occurring in the area.

How Does the Covid-19 Affect the Environment?