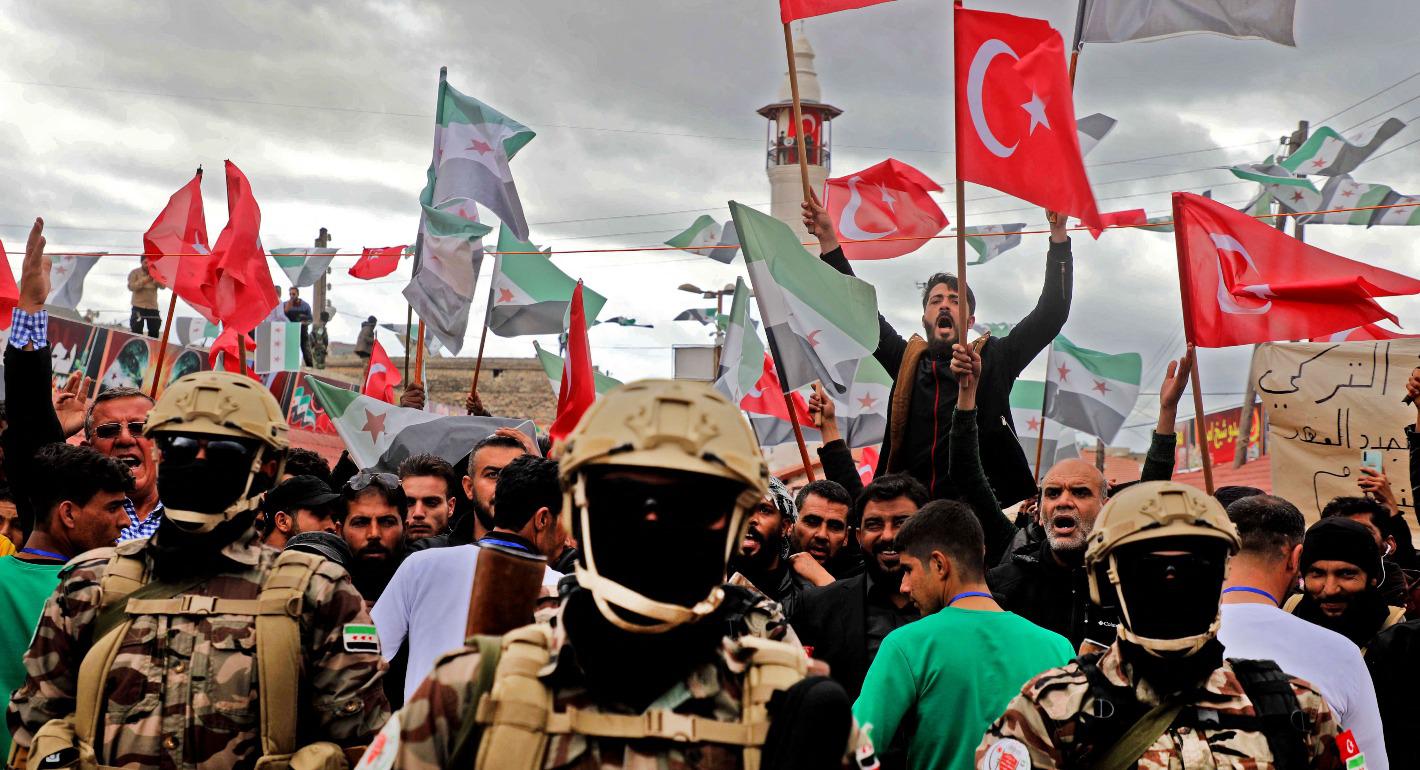 Turkish President Recep Tayyip Erdogan announced his country will soon launch a new military operation in northern Syria. Tel Rifat and Manbij, two cities in the northeastern Syrian province of Aleppo, are the targets of the imminent military attack backed by the "Free Syrian Army", which is opposed to Bashar al-Assad.

Both targeted cities are controlled by the People's Defense Units (YPG). YPG is the military branch of the Democratic Union Party, the Syrian Kurdish political party, which Turkey says is the foreign branch of the Kurdistan Workers' Party or PKK and, for that reason, considers it a terrorist group.

Turkey accuses the People's Defense Units of creating an autonomous region on the Syrian-Turkish border, which Ankara believes threatens the territorial integrity of both countries.

Since August 2016, Turkey has conducted four cross-border operations in Syria, the last of which was in October 2019. The Turkish military currently controls an 877-kilometre border with Syria and has established a 30-kilometre safe zone between Azzaz and Jarablus in northeastern Syria.

One of Turkey's biggest problems with the YPG is that it is part of a coalition of Syrian democratic forces fighting the Islamic State, backed by the United States and other Western powers.

The coalition's success in fighting ISIS since 2015, as well as US political and military support, has increased the YPG's power and influence in much of eastern Syria.

The United States has sharply criticized Ankara for its latest military operation against YPG in 2019. Former US President Donald Trump had threatened Turkey that it would "completely destroy Turkey's economy" if it attacked the Syrian Kurds.

Given this background, the Turkish government appears to be preparing for a new operation in eastern Syria. "We are determined to establish a new stage in the formation of a 30-kilometre safe zone on the southern border," Erdogan said in a statement on June 1st. "We will clear Tal Rifat and Manbij of terrorists, and we will do the same step by step with other areas.", he added.

According to the Hurriyet journal, the Turkish-backed Free Syrian Army has deployed about 1,000 troops near Tal Rifat and is preparing for a possible attack. However, no visible movements have been seen in the Syrian army yet.

Foreign diplomatic sources in the Turkish capital, who have been following developments in the region closely since Mr Erdogan's statement, say Turkey is not expected to launch a full-scale operation against Syria before the North Atlantic Treaty Organization (NATO) assembly in Madrid, Spain later this month.

At the next assembly, NATO leaders will discuss the 'new strategic concept of 2030': what threats and challenges NATO will face in the next decade and what steps must be taken to deter the aggressor, Russia, after its unwarranted invasion of Ukraine. They are also expected to welcome an official request from Sweden and Finland to join NATO.

Turkey has demands and protests on both issues at the NATO summit. As expected, the 'Strategic Concept 2030' will focus mainly on the coalition's eastern borders in the face of possible Russian aggression. It is thus predicted that the number of troops in Eastern Europe and the level of readiness will increase through the deployment of land, air, and naval forces.

According to Ankara, NATO defence plans for the southern borders should include threats from the PKK and its Syrian branch the YPG.

Erdogan announced that Turkey couldn't support the Nordic countries' bid to join NATO. Turkey's reason is the two countries' widespread support for institutions such as PKK and YPG. He blamed Finland and Sweden for what he called "guest houses of terrorists".

In late 2019, Turkey also vetoed a request from the Baltic states and Poland to join NATO because its request to call the YPG "terrorist" was not heard.

At a time when global security is severely fragile by Russia's invasion of Ukraine, Turkey's allies in NATO and the region do not seem to support another invasion of Syria.

Washington has repeatedly emphasized that a new Turkish operation is not a good idea because it could undermine stability in northern Syria and strike at the ongoing battle against ISIS.

Turkey's partners in the Astana peace talks, Russia and Iran, also do not support Turkish military operations inside Syria.

Russia is in contact with the People's Defense Units (YPG) around Tal Rifat in northern Syria and is assisting in the deployment of several troops. Moscow has pressured YPG to cooperate with Damascus and support the Syrian government against radical groups. Some experts say that Russia, previously humiliated on the scene of the Ukraine war, does not want to look weak and defeated against Turkey in Syria again.

Due to the sensitivity of the issue, the opposition parties in Turkey do not openly oppose the Turkish operation in Syria, except for the pro-Kurdish People's Democratic Party.  The six-party opposition coalition issued a joint statement late last month stressing that it was the government's duty to take steps to "maintain border security and fight against terrorism."

Opposition leaders in Turkey have argued that the ruling government may hold early elections later this year and launch a comprehensive military operation to provoke a reaction from NATO allies, paving the way for Recep Tayyip Erdogan to be re-elected.

The Turkish government's opposition believes that diverting the country's main issue from the economy to security will help Mr Erdogan in the elections, at a time when the Turkish economy is in dire straits.