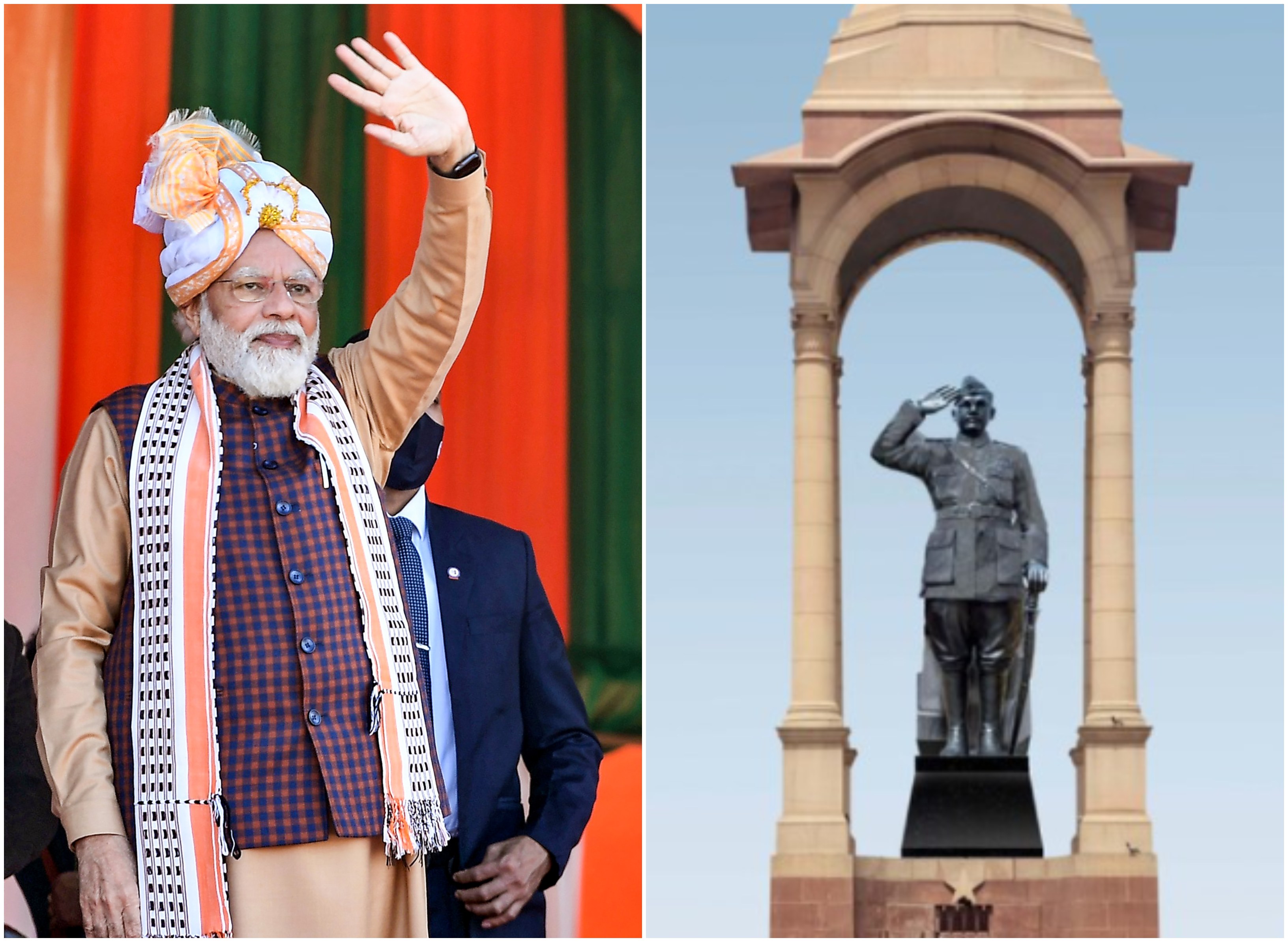 Subhas Chandra Bose, one of the leading figures in the Indian freedom struggle and venerated leader, popularly known by Netaji, was remembered by President Ram Nath Kovind and prime minister Narender Modi on Sunday (23 January 2022 ) on his 125th birthday.

President Kovind and PM Modi’s tweets have shown enormous respect and gratitude towards Netaji, not only this they also said Subhas Chandra Bose as ‘national icon’ because of the intrepid steps that he took to achieve his ferocious commitment to the idea of free India “Azad Hind”. “India gratefully pays homage to Netaji Subhas Chandra Bose on his 125th birth anniversary. The daring steps that he took to fulfill his fierce commitment to the idea of a free India -Azad Hind-make him a national icon his ideals and sacrifice will forever inspire every Indian”, tweeted by Kovind.

According to an announcement made on Friday by PM Modi, the grand hologram statue of Netaji will be unveiled on 23 January 2022. “At the time parikrama entire nation is marking the 125th birth ante statue, made of granite, will be installed at India Gate. This would be a symbol of India’s indebtedness to him” tweeted by PM Modi on January 21, 2022.

This shows the devotion and gratefulness of PM Narendra Modi and President Ram Nath Kovind towards Subhas Chandra Bose the “legend freedom fighter”.

Later in the day, it is expected that Prime Minister Modi will unveil a hologram statue of Netaji Subhas Chandra Bose at the India Gate.