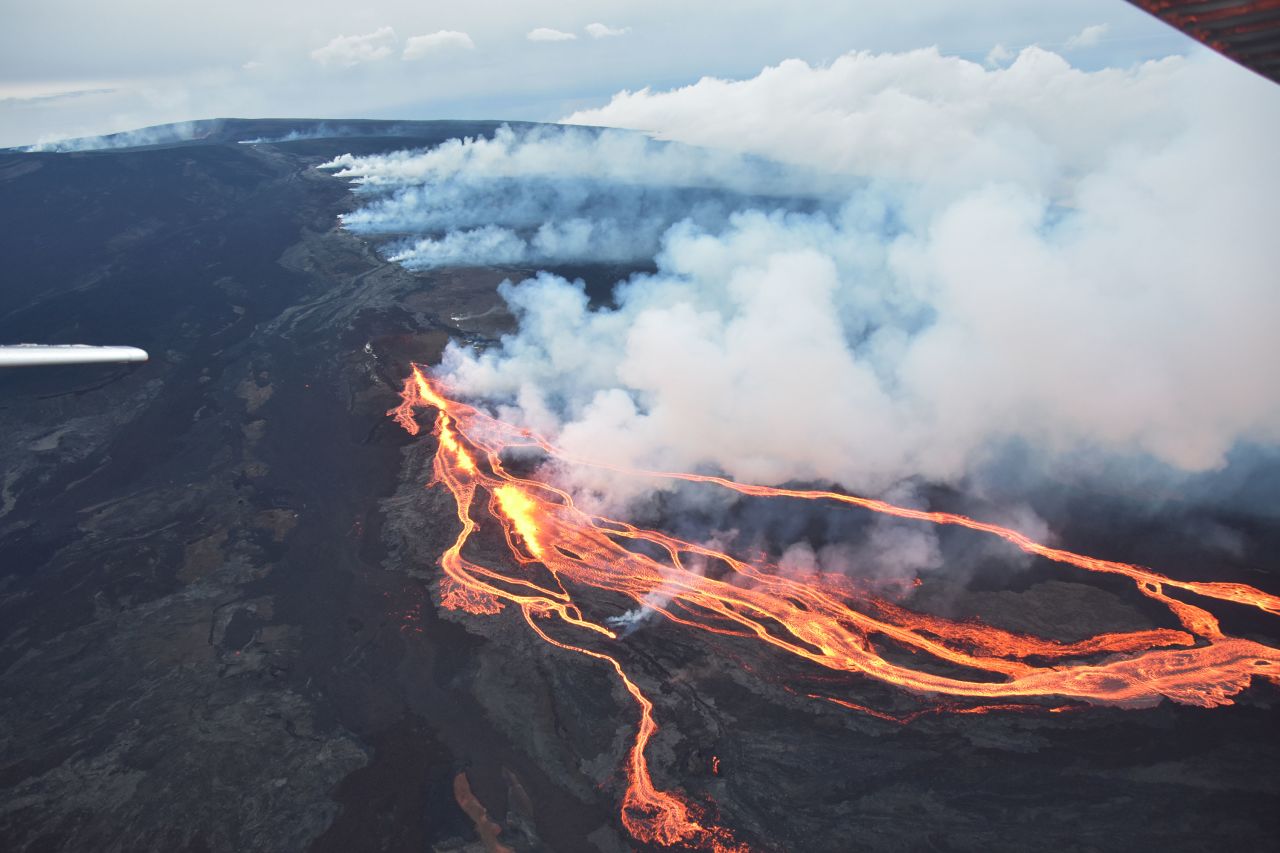 Last Thursday, lava began spurring out of the Kilauea Volcano located on the American island of Big Island, not even a month after the largest active volcano in the world, Mauna Loa, erupted for the first time since 1984.

Kilauea is one of the most active volcanoes in the world, and it began erupting inside its summit crater on January 5th, 2023, according to the US Geological Survey. The lava spurted high and spread across about 300 acres of the summit crater floor. Kilauea’s last eruption lasted from September 2021 through mid-December. Mauna Loa recently erupted in late November 2022, and it erupted for about two weeks. During this eruption, Hawaii had two volcanoes spewing lava, known as a "twin eruption." Hawaii Volcanoes National Park visitors were able to see lava erupting from both volcanoes at the same time.

The Hawaiian Volcano Observatory raised Kilauea’s alert level on Thursday due to signs that magma was moving below the summit surface. On Friday morning, the observatory lowered it from "warning" to "watch" because the initial high effusion rates were declining and there was no threat to infrastructure.

The Hawaiian Volcano Observatory’s latest update from January 9th states that Kilauea’s eruption continued over the past 24 hours and is expected to be confined to the crater. There have been no significant changes observed at the summit or in either the east or southwest rift zones. The volcanic activity was confined entirely within Hawaii Volcanoes National Park.

With the volcanoes erupting, many Native Hawaiians expressed excitement. In Hawaiian culture, volcanic eruptions are considered natural forces of the gods and goddesses, known as Akua in Hawaiian. Pelehonuamea, or Pele for short, is the goddess of volcanoes, and she is the most visible of the ancient Hawaiian gods and goddesses. Native Hawaiians believe Pele is the one who shapes the sacred land by devouring the Big Island with molten lava, while creating new land in the process. According to ancient Hawaiian folklore, Pele is said to live in the Halemaʻumaʻu crater, located at the summit of the Kilauea volcano. Many Native Hawaiians participated in cultural traditions centered on Pele during Mauna Loa's eruption, chanting and dancing to honor the goddess of volcanoes and fire.

Both the Mauna Loa and Kilauea volcanoes stopped erupting at the same time. The observatory is continuing to monitor the volcanoes for signs of renewed activity. Scientists plan to look at the data from recent eruptions and study the relationship between the two volcanoes.

Live footage of Kilauea can be viewed here: https://www.youtube.com/usgs/live