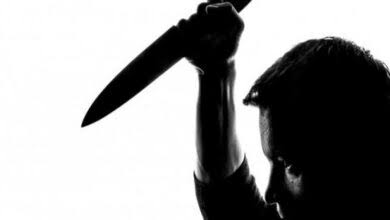 In connection with the slaying of BJP youth activist Praveen Nettaru in Bellare in Karnataka's Dakshin Kannada district on Monday, the police detained two additional suspects in connection with the crime. The number of people arrested in connection with this crime increased to six after the capture of Abid Navoor (22) and Mohammed Noufal (28), even though the primary assailants were still at large. As part of the inquiry, the two individuals who were arrested were transported to the headquarters of a local organization, where they participated in a case documentation procedure. It is believed that they were in the area of Bellare on the day that the murder took place. According to the statements made by the police, Noufal left for Bengaluru, where he worked at a bakery, some hours before the murder.

In other news, a study that was commissioned by the government of Karnataka and covered over 4,500 students in two districts found that there is "clear evidence of significant improvement" in the growth of children who are given eggs as part of their mid-day meals. According to the study, girls in Class 8 who were served eggs gained up to 71 per cent more weight than their peers who were not served eggs. This was determined by comparing the weight gain of the girls in Class 8 who were not served eggs. In addition, the Department of School Education and Literacy in Karnataka has recommended including jowar roti and ragi balls in the midday meal scheme. To accomplish this, the department has written to the national government requesting that jowar and ragi be provided at subsidized rates.

According to statistics provided by the Karnataka State Natural Disaster Monitoring Centre, numerous reservoirs in the state of Karnataka have reached their maximum capacity as a result of the recent severe rainfall, and outflow from these reservoirs has intensified (KSNDMC). Monday was the day that the volume of water flowing out of the Krishna Raja Sagara (KRS) reservoir in the Mandya district surpassed 98,119 cusecs (cubic feet per second). In addition to this, it stated that the water level in the reservoir had reached 37.52 meters despite having a capacity of 38.04 meters. The local authorities urged the people who lived downstream of the KRS reservoir to pack up their belongings and relocate to more secure areas as soon as possible.