Two Brothers, Separated During Partition, Meet After 74 Years At Kartarpur 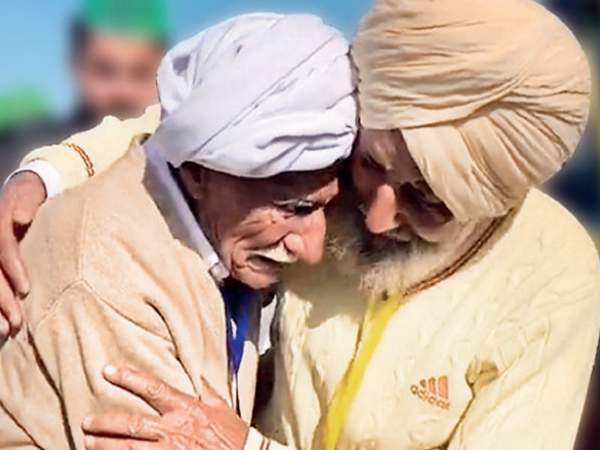 Partition was a massacre, an event which is disastrous. People had to change their nation which eventually turned their identity different. They lost their hand in relationships and bonded in a separate land with unknown people.

Separated by the atrocities of Partition, two brothers met at the Kartarpur Corridor that connects Gurdwara Darbar Sahib in Pakistan to the border with India.

Muhammad Siddiq and Muhammad Habib aka Cheela, brothers, were separated during partition in 1947.After their relatives tracked each other down on social media, the two decided to meet at Gurdwara Kartarpur Sahib in Pakistan on Tuesday.

When India was partitioned in 1947, Mohammad Siqqique was a child. His family was split up. Habib alias Shela, his elder brother, grew up on the Indian side of the partition line. The Kartarpur Corridor, which connects Gurdwara Darbar Sahib in Pakistan to India, has reunited the brothers 74 years later.

They shared long lost tales of families and individual life. The scene was heart-wrenching as both brothers hugged each other crying tears of sorrow while one saying, “We finally met”. The scene was emotional with teary eyes of visitors.

According to reports, Habib's family tracked down his elderly brother using social media and planned a reunion at the Kartarpur Corridor when it opened to Indian pilgrims.

The Kartarpur Corridor has been a strong viewer of thousands of stranded families meeting each other after years. The Corridor was opened by the Imran Government and has vouched to reconcile millions.

The Kartarpur Corridor is a visa-free journey from India to Pakistan that is usually opened for Sikh pilgrims visiting Gurdwara Darbar Sahib. It is located about five kilometres from the international border and went into service in November 2019.

“On Tuesday, I was on a routine visit with my staff at Kartpur Corridor when we were surprised to see a group of people embracing and crying. We inquired about the meeting and were surprised to learn that it was a reunion of family members who had been separated during the Indo-Pak partition”, said chief executive officer Muhammad Latif.

Latif added, "Only 153 devotees came to Pakistan yesterday, whereas we have a capacity for 5000 devotees per day."