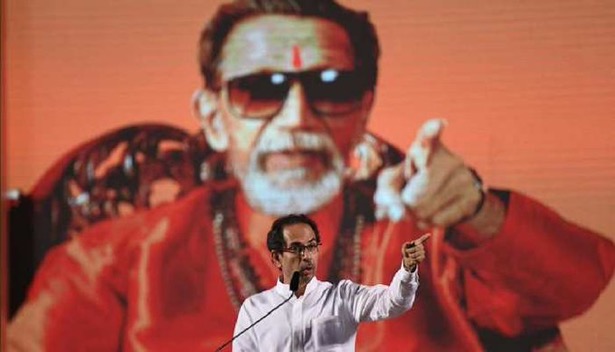 Maharashtra Chief Minister Uddhav Thackeray resigned on Wednesday, almost immediately after the Supreme Court ordered that the floor test in the Maharashtra Assembly at 11 a.m. on Thursday proceed as planned. Mr Thackeray's Maha VikasAghadi (MVA) had been told by Maharashtra governor Bhagat Singh Koshyari to hold a confidence vote on Thursday, but this is no longer necessary.

Celebrations began almost immediately after MrThackeray resigned, at the BJP office in Mumbai and at Eknath Shinde's rebel camp in Goa. BJP leader Chandrakant Patil stated that his party will conduct talks with Eknath Shinde before deciding on their next line of action. However, former Chief Minister and Leader of the Opposition Devendra Fadnavis is anticipated to stake his claim to head the next government shortly, maybe as early as Thursday morning. Mr Shinde is expected to be appointed as Deputy Chief Minister.

Mr Thackeray announced his resignation as a member of the Legislative Council while speaking to the state digitally on Facebook Live. "In a democracy, heads are counted to produce figures. That does not appeal to me. I don't want to participate in these games. "They will announce tomorrow that they have taken down Shiv Senasupremo Balasaheb Thackeray's son," he stated to the people of the state.

Fadnavis is poised to take the oath of office as Maharashtra's chief minister. Who else is going to be in the new Cabinet?

Here's what to anticipate next in Maharashtra politics:

• The BJP will seek to establish the government with the help of Independent MLAs and the Shinde group.
• The CM and Deputy CM will then take the oath of office.
• The Speaker will thereafter be elected.
• The Shinde group will very certainly be recognised as the Shiv Sena's parliamentary party.
• The following stage would be to elect a whip in the assembly.
• The Governor will give them sufficient time to hold a vote of confidence.
• Finally, the Cabinet will be expanded.
• The full process of forming a government is expected to be finished by July 11.

Earlier, Mr. Thackeray gave an impassioned address at the Cabinet meeting, which took the decision to rename Aurangabad and Osmanabadas Sambhaji Nagar and Dharashiv.

Mr. Thackeray thanked his Cabinet members and officials for their assistance over the previous two and a half years and asked for pardon for whatever mistakes he may have made. "Today's scenario has developed as a result of my own people betraying me," he remarked during the Cabinet meeting.

The Shiv Sena has petitioned the Supreme Court to overturn the governor's decision to hold the floor test on Thursday. However, the Supreme Court stated that a floor test was the best option to resolve all concerns that had ensnared Maharashtra politics following Mr. Shinde'srevolt, which led to a political crisis. The court stated the floor test findings would be dependent to the conclusion of Shiv Sena chief whip Sunil Prabhu's challenge against the governor's order, and it issued a notice on the petition.