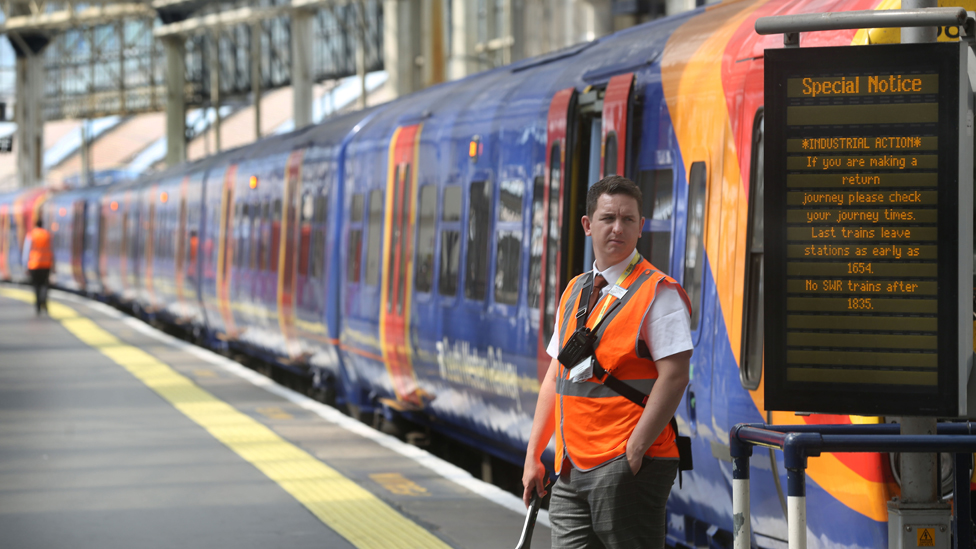 In early November, it was announced that rail strikes would occur on Saturday 5, Monday 7, and Wednesday 9 due to disputes over pay and working conditions. In this article, I will report on the information released on the activities of the November rail strikes, and the negotiations that will commence in the next few days.

On Friday 4 November, it was reported that the National Union of Rail, Maritime and Transport Workers (the RMT union) had entered “a period of intensive negotiations” with Network Rail and rail operators. This led to the suspension of their three 24-hour industrial action strikes, which were planned to occur over the weekend and early next week.

The RMT union’s early November rail strike suspension announcement came with such short notice. Therefore, major disruptions are most likely going to occur over the three days listed. Thus, the spokesperson for the Rail Delivery Group has recommended travelers “to please check before you travel on Saturday and Monday and only travel by rail if absolutely necessary.”

However, it is essential to highlight that this announcement is a record improvement, as it has been reported that this is the first time the RMT union has suspended its strikes. Both parties in these negotiations appear to be content with the progress in their conversations that are soon to go forth in the next coming weeks.

On the other hand, if these conversations take a turn for the worst and no agreement is reached, then the RMT union assures that there will be more rail strikes to come in the next six months. Since a new six-month ballot period has been opened by the RMT union to gain power in numbers, which hopes to encourage employers to offer a better deal through the threat of strikes. This ballot period system functions with the intention of collecting more members to be a part of their campaign.

Furthermore, the Network Rail’s chief negotiator adds, “we look forward to getting back round the table with all our trades unions early next week to see if the progress made this week can be built on, and a resolution found.” The RMT’s general secretary states that “the threat of the strike action and our strongly supported industrial campaign has made the rail employers see sense.”

In addition, the RMT’s general secretary states that the union prioritizes its members and aims to secure “a deal on job security, a decent pay rise, and good working conditions.” Furthermore, he adds that in these negotiations, there has been a promise from the rail company of a pay rise, which seems to affirm the positive outcome that will hopefully come about in the next few weeks.

Lastly, the new transport secretary, Mark Harper affirms that “this is a positive development for passengers up and down the country.” Moreover, Harper highlights the importance of these communications by encouraging “unions and employers to continue their negotiations and calling off these strikes has given those talks a better chance of success.” He finds that “it is vital, for passengers and workers alike, that all parties continue to work together and deliver a modern railway we can all be proud of.”

In conclusion, November’s negotiations with the RMT union and the Network Rail appear to be heading in a positive direction. However, with many factors still up in the air, Network Rail advises travelers to keep up to date with rail timetables and check before departure to avoid disruptions.