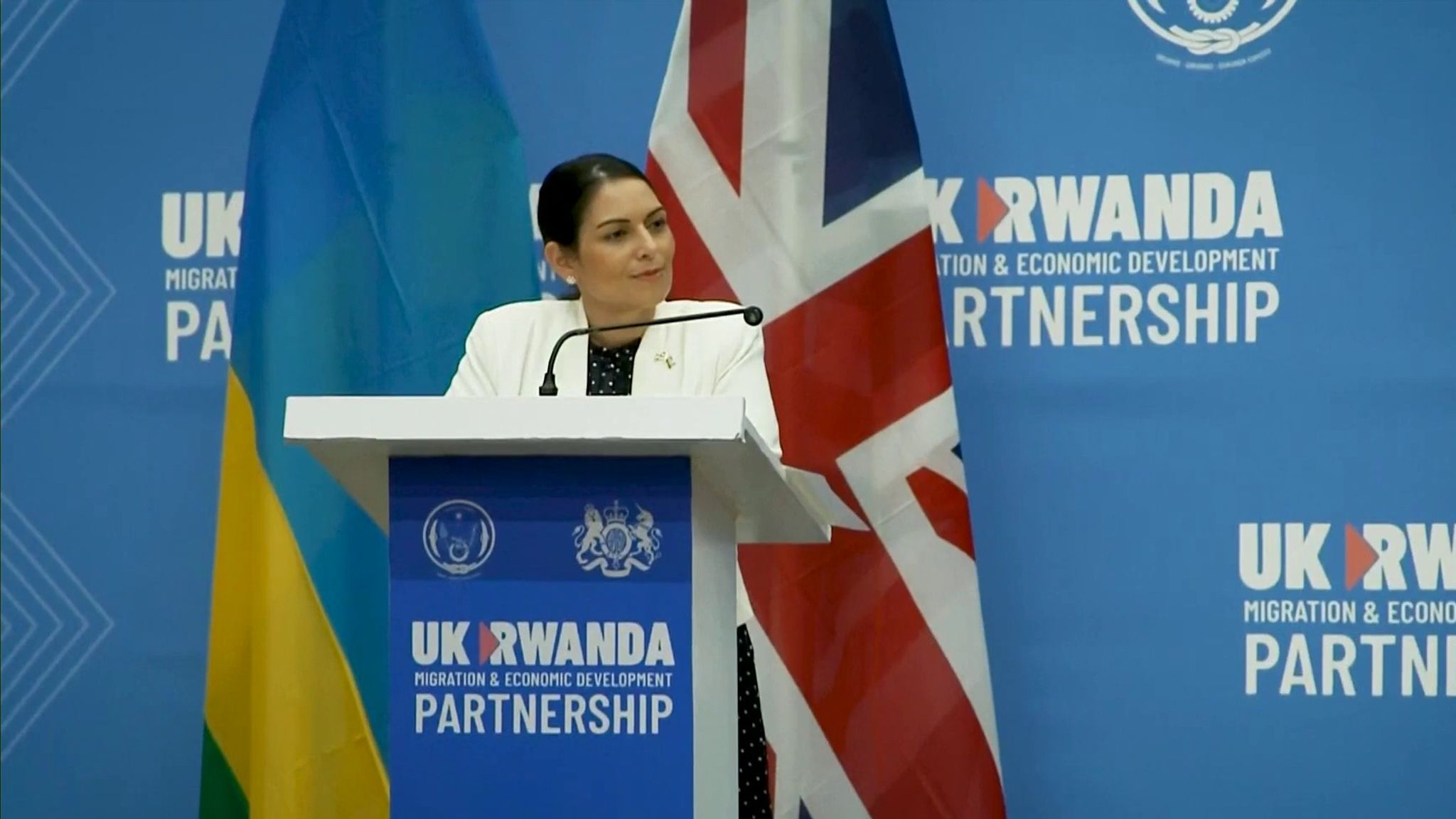 The United Kingdom plans to send asylum seekers to the East African country of Rwanda for resettlement under an agreement between the two countries, as announced by the United Kingdom Prime Minister Boris Johnson on Thursday, April 14.

The scheme aims to deal with the migration crisis in the Channel and break people trafficking networks. Boris Johnson said that the action was necessary to stop “vile people smugglers” who were “abusing the vulnerable and turning the Channel into a watery graveyard.”

The agreement was signed by British Home Secretary Priti Patel and Rwandan Foreign Minister Vincent Biruta on Thursday in Rwanda’s capital Kigali and the first flights to Rwanda are expected to take place in the next few months. "The deal we have done is uncapped,” said Johnson, adding that “Rwanda will have the capacity to resettle tens of thousands of people in the years ahead."

“Anyone entering the UK illegally” may be eligible for the scheme, Johnson said in his speech, including those who have entered the country since the start of this year. However, “this is about male economic migrants in the main," the Secretary of State for Wales Simon Hart told Sky News, and "there is a different set of issues with women and children."

Under the scheme, migrants who arrive illegally in the UK will be held in detention centres for processing and then sent to Rwanda where they will be able to make an asylum claim under Rwandan law, reports Bloomberg. The asylum seekers will be housed temporarily in facilities such as hotels and hostels in Kigali while their asylum claims are processed and will be facilitated to integrate into the community, Rwandan Government Spokeswoman Yolande Makolo told Reuters.

“Those who are resettled will be given the support, including up to five years of training with the help of integration, accommodation, healthcare so that they can resettle and thrive,” the UK Home Secretary Priti Patel said. “Working together, the United Kingdom and Rwanda will help make the immigration system fairer, ensure that people are safe and enjoy new opportunities to flourish,” she added.

Financially, the scheme would initially cost the UK around £120m, Welsh Secretary Simon Hart told Sky News. However, that number is expected to reach billions of pounds in the future. The cost of each migrant sent to Rwanda is estimated to be between £20,000 and £30,000 to the taxpayer, Daily Mail reports.

The agreement has been protested by many, including human rights bodies, politicians and campaign groups who called the scheme “inhuman”, “unethical” and “unworkable.” As reported by Daily Mail, more than 160 British organisations signed an open letter to the Prime Minister and Home Secretary in protest of the deal.

Rwanda’s human rights record has also raised concerns, given that more than 800,000 Tutsis and moderate Hutus were killed by Hutu extremists in the country in 1994. However, Johnson opposed saying that “Rwanda has totally transformed over the last few decades,” and it is “one of the safest countries in the world”.