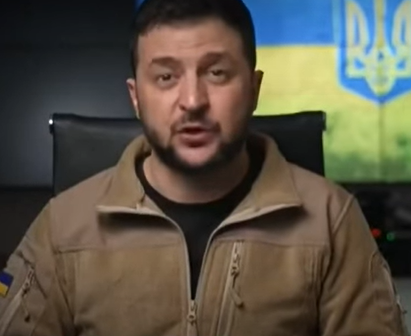 it has been more than a month since Russia invaded Ukraine. The attacks seem to be getting worse on a daily basis. Reports indicate that Russia has captured 6 Ukraine cities including the capital Kyiv, with the most recent one being Melitopol since the beginning of the war. Reports further indicate that the civilian are suffering the consequences of this invasion. Consequently, Russian Forces have deliberately taken these cities.

Russia initially targeted Ukraine’s eastern side, and gradually progressed towards the southern side. These include the industrial areas, which are the heart and the sole reason for Ukraine’s economy, such as the previous attack on a factory outside of Kyiv. Reports states that Russia is intensifying its attacks; it has now added military personnel on the surfaces of Ukraine.

Most recent findings revealed that Russia is starting a ‘Renewed Bombing Campaign’ in Ukraine, which includes mercenaries from a wide range of countries such as Syria and Libya. For this reason, civilians have raised their concerns about this issue. One civilian said in an interview that they are terrified at night because the ‘bombardment does not stop’. Another civilian also reported how it is exceedingly difficult for them to reach their destination since Forces have blocked all roads.

Other reports state that there are food packs organized for the war victims. However, they are delayed, because of the damaged infrastructure which leaves them no choice but to wait for someone to come and pick up the food packs. Millions have been affected by this as they starve.

Recent reports have revealed that there are more than 2000 civilians trapped under the Azovstal steel plant in Mariupol. Although Ukraine’s deputy prime minister recently made a statement expressing their uncertainty concerning these trapped civilians; if whether they will rescue these civilians using a humanitarian process or not. These civilians nevertheless remain hopeful about surviving and being rescued.

Nonetheless, some reports indicate that efforts are being made by the UN Committee. The UN secretary-general is headed to Putin, while the UN chief will go to meet President Zelensky to try to put an end to this madness.