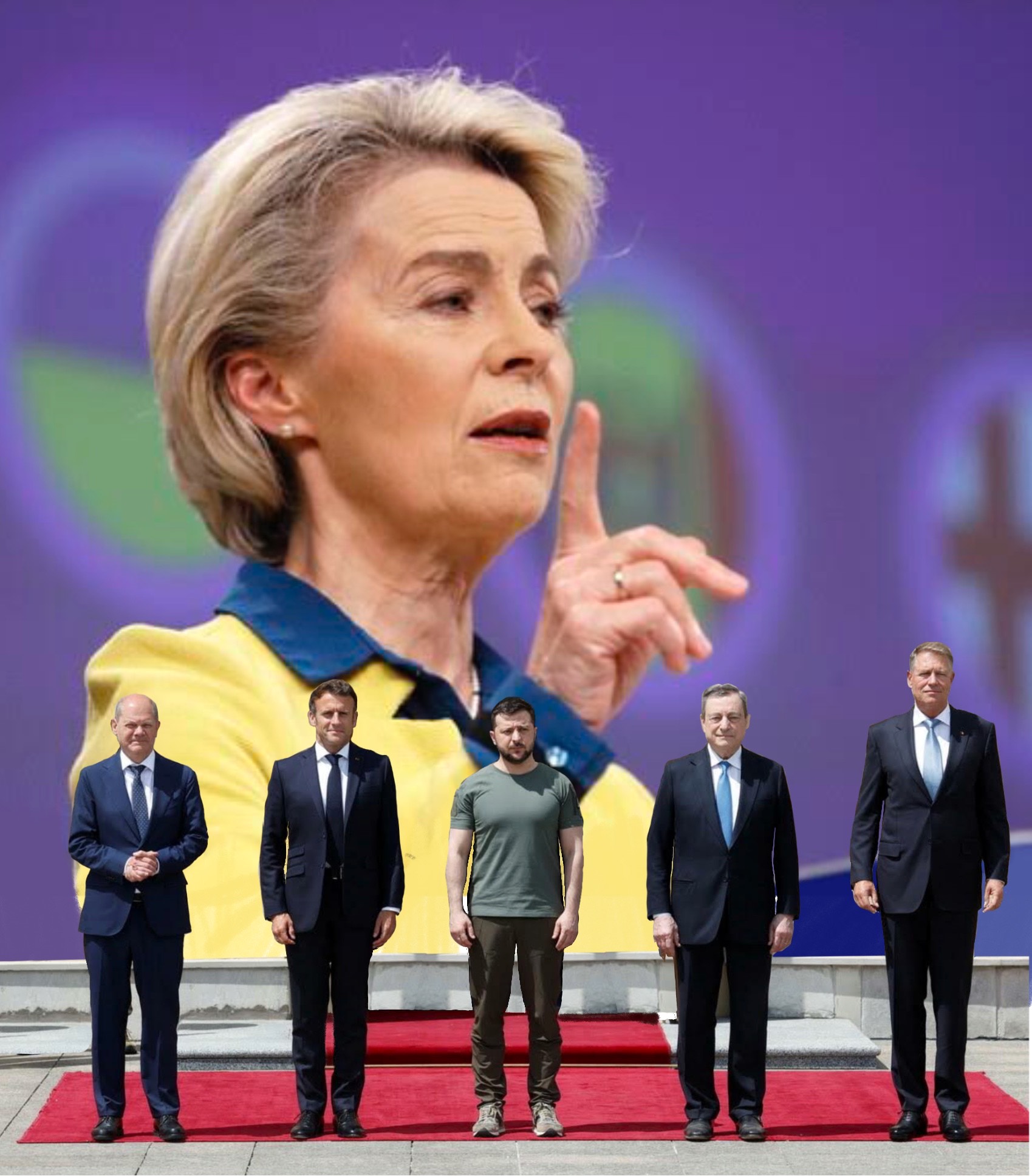 During a visit to the Ukrainian capital Kyiv, the leaders of Germany, France, Italy, and Romania said they supported the country's bid to join the European Union. However, they demanded the "immediate" granting of candidacy to Ukraine.

"Ukraine belongs to the European family," German Chancellor Olaf Schultz told a joint news conference but still had to meet the criteria for accession.

French President Emmanuel Macron emphasized that the 27 members of the European Union will stand by Ukraine until victory.

Italian Prime Minister Mario Draghi also said that the Ukrainian people are defending the values of democracy and freedom that underlie the European project in the fight against Russian aggression.

Ukrainian President Volodymyr Zelinsky has called Russia's attack on Ukraine "an attack on a united Europe" and "the most effective weapon against it" is unity.

He reiterated his call for immediate and further arms assistance to Ukraine to defend itself and liberate Russian-occupied territories.

The visit occurred a day before the European Commission announced its opinion on Ukraine's membership in the European Union.

At the same time, the Kremlin expressed hope that EU leaders would not focus solely on sending weapons to Ukraine.

Kremlin spokesman Dmitry Peskov said the emphasis on the issue would only do more harm to Ukraine.

Earlier on Thursday, the four EU leaders visited the ruined city of Irpin near Kyiv. Russian forces occupied the city for several weeks.

Mr. Schultz said this was one of the places that symbolized the unimaginable oppression of the Russian war.

Ukraine says Russia has committed war crimes by killing hundreds of civilians in Irpin and surrounding small towns such as Bucha, An accusation that Moscow denies.

Obtaining eligibility is just one step in the process; full membership can take years.

Before the European leaders visited Kyiv, Ukrainian officials repeatedly criticized France, Germany, and Italy for slowing down arms deliveries and focusing too much on appeasing Russian President Vladimir Putin.

The designation of Ukraine as a "candidate" for membership will be the first step towards its membership in the European Union, which may take years.

At a news conference, EU Commission President Ursula Von Der Leyen indicated, "Yet important work remains to be done, on the rule of law, oligarchs, anti-corruption and fundamental rights. The process is merits-based. So progress depends entirely on Ukraine."

"Ukrainians are ready to die for the European perspective. We want them to live with us the European dream," said the head of the European Commission, wearing the colors of the Ukrainian flag when she made the remarks.

Russia's invasion of Ukraine has prompted some EU member states to back up its bid for membership.

Some European countries, such as the Netherlands and Austria, still do not agree with speeding up Ukraine's membership process or making an exception for it. Still, the support of France, Germany, and Italy - the EU's three heavyweights - may affect their position.