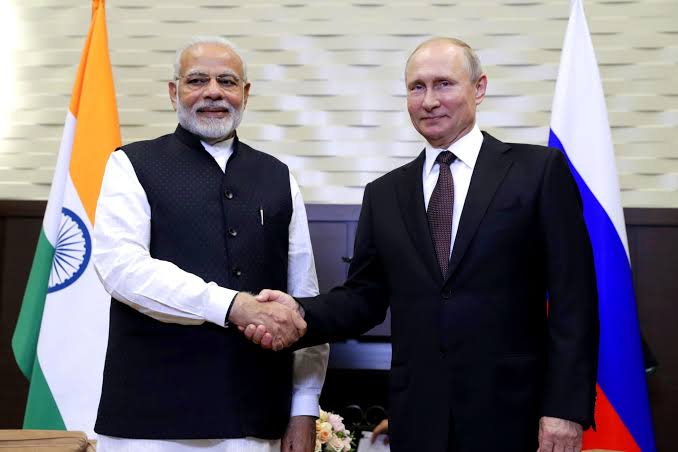 While stressing the importance of India’s intervention at this point, he invoked India's ancient legacy of diplomacy saying that India had qualified in diplomacy through Kautilya, Chanakya several thousand years ago when Europe had no civilization.

Terming India a “very influential global player”, he also recalled India's leadership of the Non-Aligned Movement during the Cold War, a movement that was based on the principles of peace. He also added that India was the architecture of the world-famous principles of ‘Panchsheel’.

He also noted that very few countries in the world could influence Russia and India is one of those nations with good relations with Russia and thus, play a more proactive role in de-escalation.

However, he also expressed his deep dissatisfaction with India's stand on the crisis. He said that Indian officials saying that they were closely monitoring the ongoing situation meant nothing and that it wasn’t the time for protocol-bound statements.

He also expressed his concern regarding the safety of hundreds of Indian students under the shadow of the conflict. The Ambassador also briefed the media present on the military developments in his country saying that Russia has launched attacks on Ukraine from all sides.

Late in Thursday, Prime Minister Narendra Modi had a telephonic conversation with Russian President Vladimir Putin in which the Indian Prime Minister sought concerted efforts from all sides to return to the path of diplomatic negotiations and dialogue.

According to the statement released by the Prime Minister’s Office regarding the conversation, Putin briefed Modi on the recent developments regarding Ukraine, and Prime Minister Modi reiterated his long-standing conviction that the differences between Russia and the NATO group could only be resolved through honest and sincere exchange of dialogue.

PM Modi also expressed his concerns to the Russian President regarding the safety of the Indian citizens in Ukraine, especially students, and that India attached the highest priority to their safe exit and return to India.