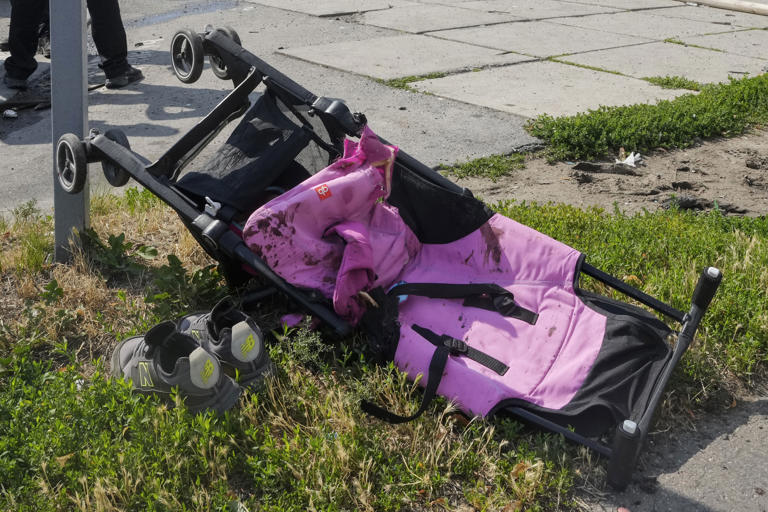 Liza was an innocent four-year-old with down syndrome and she was with her mother on the way to speech therapy, but she never made it because she was in the blast radius of a Russian missile strike in Vinnytsia, Ukraine. The photos of her death were distributed on the internet and have become viral because of the atrocity that was captured in a picture, so now people outside of the state can see what it’s like to live in a battleground.

In the recent missile strike, the explosion caused the daughter and her mother to go in two different directions, which was literal in two different ways. They were separated after the explosion, for the shock wave sent them into different trajectories, so they were on their own. Then when the dust settled, her mother (Iryna Dmytrieva) was sent to the hospital with severe injuries, but her daughter was sent to the morgue because she succumbed to her injuries immediately.

When asked about the situation Iryna's aunt, Tetiana Dmytrysyna, said this about it: “She remembered that she was reaching for her daughter, and Liza was already dead.” Reportedly, the daughter-mother combination fled to Vinnytsia because they fled the eastern region of their state, for Russia was beginning its land base invasion and sending their artillery.

Liza was born with numerous complications with her body, including her heart, but she held on and became a shining light not only in her mother's life but in others' lives as well. The President of Ukraine’s wife said that we should  “...Look at her alive, please” in her letter regarding her death.

Liza will be remembered fondly by all of those that she touched, from her close loving family to all of those online who knew her from the saddest moment of her life, but her memory will carry on through them. Liza was not the only life taken in this strike, for more than two dozen people also died because of the Russian artillery. Many of those were young, sick, and old, but all of them were innocent in the war, and none of those mentioned her soldiers.