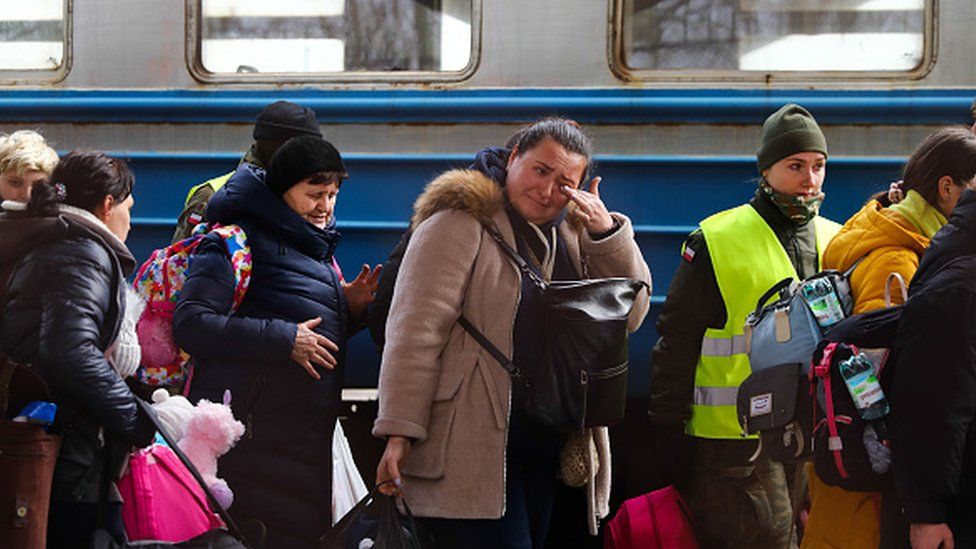 Women are arriving at the Polish border with unwanted pregnancies after claiming to have been raped by Russian soldiers. Women and children make up 90% of those who have left their war-ridden home country in Ukraine with 3 million of them seeking refuge in a member of the European Union (EU), Poland.

Reports of sexual attacks on Ukrainian women and children have been increasing since the war began. Those who have survived rape have reached a level of safety in Poland but have been unable to terminate their unwanted pregnancies.

Since the Russian invasion of Ukraine began, according to VICE World News, Polish abortion groups have claimed to be receiving up to ten calls per day from refugees. As Poland is one of Ukraine's EU bordering countries, people have been making their way across the border to escape. However, Poland has the strictest abortion laws in Europe which has put Ukrainian women refuging in the country in an incredibly difficult position.

A charity that aids women in accessing abortions in Poland, Aborcyjny Dream Team’s organiser, told VICE World News: “When the war started in Ukraine, Abortion Dream Team immediately translated all protocols, information about how to get medication, and how to order medication into Russian and Ukrainian.” It was then that Ukrainian women started to make contact with the charity.

In Poland, the majority of pregnancy terminations are illegal unless lives are at risk or a woman is pregnant as a result of rape. Even pregnancies where foetuses have life-threatening defects must go to full term.

Emergency contraception distribution is also extremely limited in Poland as doctors are often not willing to prescribe it or even if it has been prescribed it can be extremely costly.

Before the Russian invasion, Polish women would travel across the border to Ukraine to terminate an unwanted pregnancy as it is more widely available and less of a taboo. Abortion is legal if it is within the first 12 weeks of pregnancy, but even after this period, it can also be accepted for several other reasons such as psychological issues.

Amnesty International is encouraging the governments of all European countries to view “women and girls’ sexual health and reproductive rights as a humanitarian priority”, according to Impakter. This will ensure that these violent attacks against innocent civilian women and children in Ukraine have consequences.

Some doctors are willing to risk being imprisoned to ensure that refugees can safely terminate unwanted pregnancies and gain access to contraceptives that they otherwise wouldn’t be able to.

These women and children need the most support and protection as it is during wars that they are more likely to be victims of sexual violence as a strategy of terrorisation.