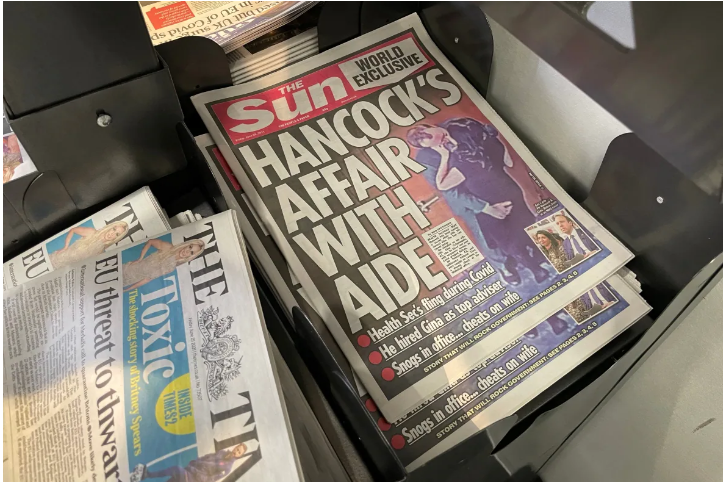 The British Health minister Matt Hancock quit on Saturday, the latest scandal to rock a government that has already overseen one of the highest death records because of the pandemic. Hancock wrote to PM Boris Johnson to resign after when he was caught on camera breaking Covid 19 rules by kissing his colleague and embracing an aide of his office and the public who have been living under the lockdown restrictions for a while.

Many of his fellows and conservative lawmakers had called him privately after Sun Newspaper published the photos of him kissing his colleague in an article on Friday stating- The married minister was seen embracing a woman whom he had appointed to a taxpayer-funded role to scrutinize his department.

The 42 years old said in a video on Twitter, “Those of us who make these rules must stick by them, and that’s why I’m resigning”.

Hancock had been at the center of the government’s fight against corona, he had appeared on tv screen repeatedly to inform the people about rules and how they should be followed by everyone strictly and about measures that are to be taken if someone has any symptoms. He had also defended his department and government on tv various times over the criticisms of the handling of pandemics poorly and inefficiently in the country due to the highest death tolls. 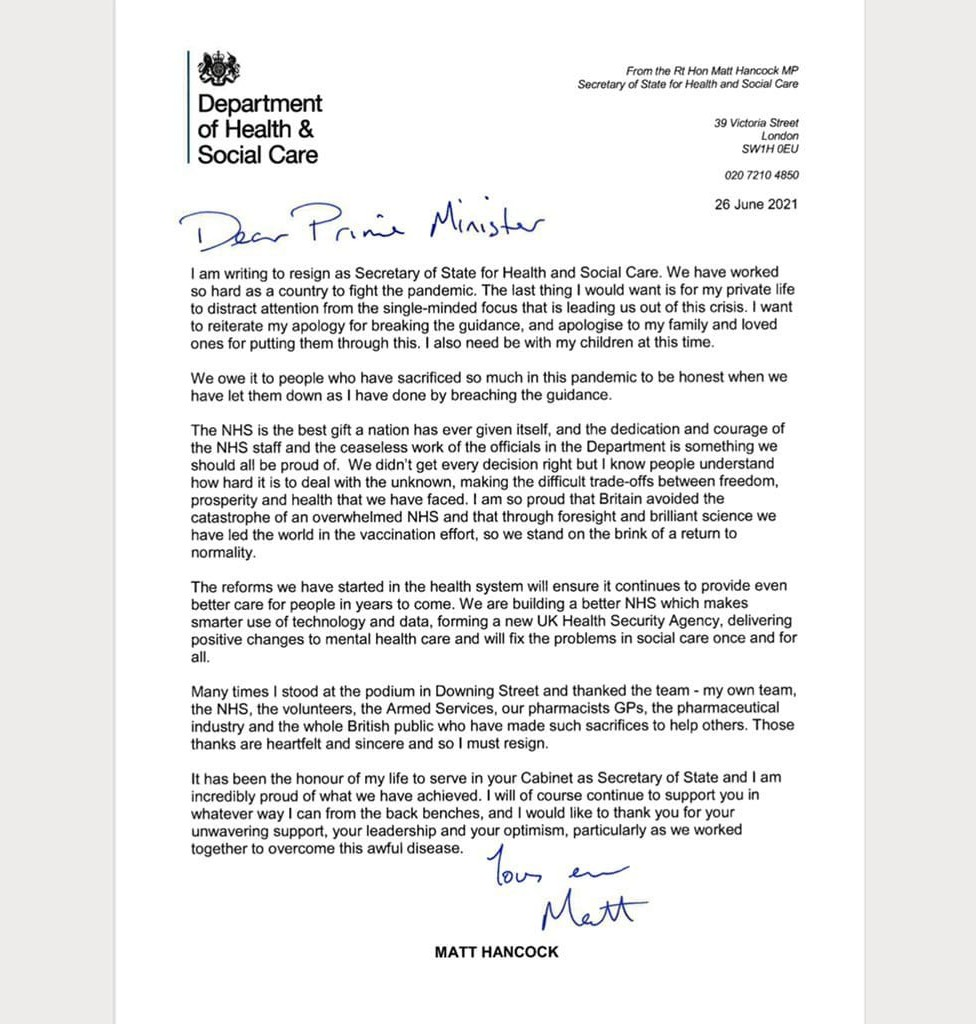 Now 42 years old Hancock will be replaced by Sajid Javid, a former Official who has vast experience in a government office. He had been working as finance minister, but now he’ll be working for the health ministry. Javid once lost power battle against Johnson then the most senior ally, Dominic Cummings, as a result, Javid was forced out of the treasury.

Now in a new job as a Health secretary, he will be assigned with the work of helping the State-run ministry to recover from the pandemic and handle upcoming waves, as new cases have been surging up since the last month.

The surge in Variant cases promotes calls for delayed reopening of the U.K.

Hancock’s department also marks embarrassment for PM Johnson, after what he said on Friday, that he accepts Hancock’s apology and considers the matter to be closed. And on Saturday, Johnson said that he felt sorry for the resignation. In a reply to the tweet, PM added, “You should be immensely proud of your service, “I’m grateful for your support and believe that your contribution to the public service sector is far from over.”

The Sun magazine published the article about Hancock kissing his colleague in aide of office last month, this was the time when according to corona guidelines having intimate contact with any person outside of their household was prohibited by the ministry of the health department in the UK where Mr. Hancock was working as a Secretary for the successful implication of covid rules so that they can counter the wide spreading of the virus. The government was facing criticism from the people for mishandling pandemics due to the highest death tolls in the region.

Conservative lawmakers said many of them had told the party that they might not be able to support him. The opposition party had also criticized and questioned whether the Hancock had broken any ministerial code. The woman was appointed as a non-executive director to scrutinize the running of his department. The media report said that she has left the office now too.

Labour leader said in a tweet that “Hancock was right to quit, but Johnson should shake him”. 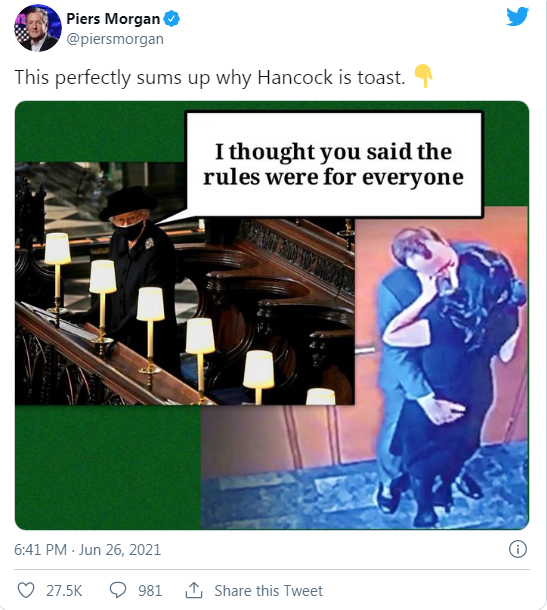 Britain has been convulsed by the pandemic with the highest contract in the economy ever on record and death tolls of 128,000, and still, cases are increasing. The department has also struggled to provide testing and protective equipment to the health care department for treating patients.

The revelations around Hancock had sparked accusations of hypocrisy, despite the improving situations. It also reignited the charge against Johnson’s government as beset by cronyism.

Last year a senior scientist similarly broke the rule, whose resignation was welcomed by Hancock. He was faulted for awarding Covid-19 contracts to companies with close ties with the government by saying there was a need for a fast response against the pandemic.

Hancock wasn’t pressured for resigning from the post. In his letter to PM Johnson, he said he wanted to apologize to his family and spend some time with his children.