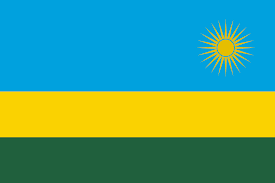 According to UK Prime Minister Boris Johnson, the first 50 people have been told they will be removed to Rwanda within the next two weeks.

A deal signed in April 2022 between the United Kingdom and Rwanda aims to remove ‘unlawful’ asylum seekers from the UK to Rwanda for processing.

The plan has encountered criticism from the public and human rights charities alike, with many accusing it of being a crime against humanity. Similarly, there is not enough evidence to suggest that the plan would deter migrants from crossing the channel between England and France – one of the most dangerous and common ways of entering the country.

Additionally, many have raised concerns about the potential mistreatment that members of the LGBTQ+ community could face in Rwanda, where homosexuality is legal but taboo.

Despite this criticism, Johnson has remained firm in his support of the plan. In a recent interview, he stated:

“We will dig in for the fight, we will make it work. We’ve got a huge flowchart of things we have to do to deal with it, with the leftie lawyers”

When questioned on who would be selected for the relocation scheme, the minister for justice Tom Pursglove stated that it would be done on a “case-by-case” basis, with immigrants from Ukraine also being considered.

Pursglove was also unable to highlight  any estimations that the scheme would reduce the number of immigrants arriving through dangerous or illegal means.

Despite the defence of the scheme by members of the UK government, the UN High Commissioner for Refugees has come out and stated that the policy breaches international refugee law, and constitutes a crime against humanity; defined as a scheme or policy to ‘attack against any civilian population’ that includes deportation and the forcible movement of populations,

While some hoped that the government would be unable to go through with the policy, Johnson’s announcement of the first 50 to be sent to Rwanda shows the concerning reality.