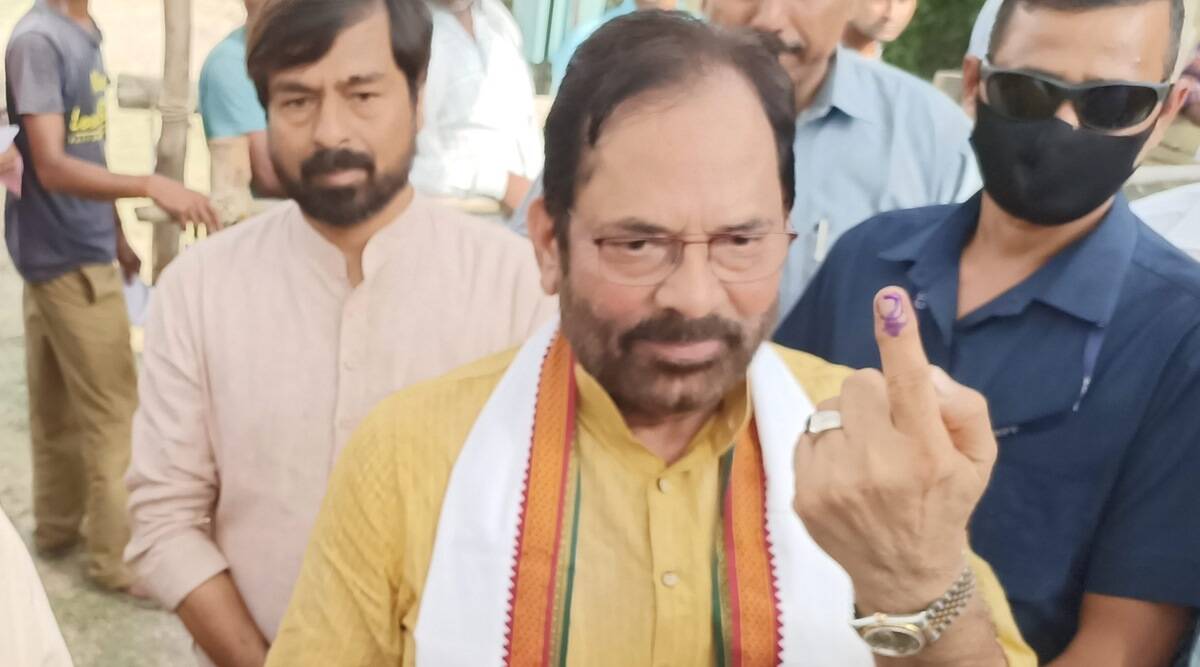 Union Minister for Minority Affairs, Mukhtar Abbas Naqvi, resigned from Prime Minister Modi’s government on July 6, a day before the end of his Rajya Sabha term. Naqvi has been a Rajya Sabha member three times. The Minister of Steel, RCP Singh, also resigned as he failed to obtain a re-nomination to the Rajya Sabha. Both tenures will end on Thursday.

Singh is the leader of NDA’s ally Janta Dal which denied a ticket to Rajya Sabha for another term by his party. During the cabinet meeting, the Prime Minister lauded both ministers for their remarkable work.

With the resignation of Mukhtar Abbas Naqvi, there will be no Muslim representation in the Narendra Modi government, the first time in history that India’s ruling party is without a Muslim parliamentarian.

Apart from Union Defence Minister Rajnath Singh, Mr. Naqvi was the only person who held a position in the Atal Bihari Vajpayee government. It will be the first time there will be no Muslim ministers in Union Council. The term of former Union Ministers MJ Akbar and Syed Zafar Islam has already ended.

However, according to the media reports, the ruling party has been considering a representative of a minority community for the second-highest constitutional post, especially when the BJP is facing severe backlash. Another name that has been taking rounds is Kerala Governor Arif Mohammad Khan.

After Mr. Naqvi and Mr. Singh resigned, Union Minister of Women and Child Development Smriti Irani was given additional charge of the Ministry for Minority Affairs, and Minister of Civil Aviation Jyotiraditya Scindia was assigned the Ministry. In addition, the BJP has named Droupadi Murmu, a tribal leader from Odisha, as its presidential candidate.