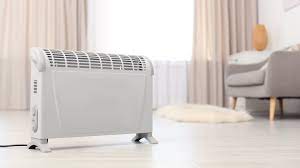 Allegedly, all homes in Britain will receive a discount of up to £400 (non-repayable) for their energy bills.

The poorest eight million households on benefits that are means-tested are promised a total of £600 to assist with the rising costs.

The Mirror explains how Rishi Sunak will announce the exact strategy for the grants, which are set to be distributed by individual energy companies themselves.

Sunak’s package will help with the current cost-of-living crisis, according to The Times.

The chancellor also plans to spend more than £6 billion to support the poorest families in Britain. However, it could cost more than £10billion. The Mirror states: “[the package is] funded by windfall on tax on oil and gas giants in a major U-turn.”

Sunak will be restricted from helping beyond the £22billion package announced as the nation’s finances are in “a very difficult fiscal position”, according to Boris Johnson in the Mirror.

There will be a mix-and-match support package as annual bills are on track to hit £2800 later this year. A sum of the package will be for everyone, and a higher sum will be for struggling families.

According to The Times, the payments will most likely be paid in two separate instalments and will go to those on the following benefits: “Universal credit, pensions credit, housing benefit, jobseekers’ allowance and income support.”

Several other measures could be introduced such as ‘cuts to council tax bills and an increase in benefits’ and ‘increases in the winter fuel allowance’, according to the Mirror.

There is set to be a 119% increase in average household bills in just one year while inflation runs at its highest in 40 years.

IFS director Paul Johnson raised the question of the payment being universal. He told BBC Radio 4’s Today programme: “Whether it’s needed for all households I think is more of a difficult point.”

"Each £100 costs something like £3bn, and a lot of that money, frankly, will go to households who don’t desperately need it.”

"I’m sure they’ll appreciate it, but [they] won’t necessarily need it.”

“So it’s the details of what’s going to go to the poorest that I think we really need to look out for.”