Universities Acknowledge Their Complicity in Slavery 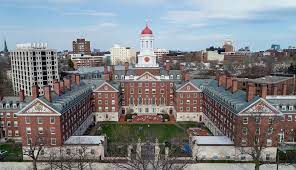 Last month, Harvard released a report recognizing its complicity in slavery and pledged $100 million to repay those debts.

Harvard stated that university presidents, faculty, and staff enslaved more than 70 people from 1636 to 1783. Some of those enslaved individuals labored on the Harvard campus.

The report provided further detail on Harvard leaders who owned slaves, the university’s financial donations as a product of the slave trade, and past discrimination in admissions against African Americans, among other evidence of complicity in slavery and racism. It also highlighted Harvard’s role in perpetuating “race science,” the study of racial differences that emphasize white superiority.

In the final chapter, the report included recommendations for memorializing enslaved people, supporting descendant communities, and developing relationships with Historically Black Colleges and Universities. The university pledged to spend $100 million toward a “Legacy of Slavery Fund” supporting these initiatives.

The report also recommended that Harvard identify descendants of people enslaved by Harvard leaders and build relationships with them but omitted reference to financial compensation.

The $100 million pledge toward reparation initiatives is a small fraction of Harvard’s $53 billion endowments. According to a story published in Time on May 9, experts argue Harvard’s pledge is a missed opportunity to make a significant difference in the lives of descendants of enslaved people. As the wealthiest university in the nation, Harvard could have allocated more to descendants.

Other universities have released similar reports acknowledging their involvement in slavery. In 2016, Georgetown University detailed how they profited from the slave trade in the 1800s. Georgetown’s recommendations for the future included reparations for slave descendants that the Harvard report omitted: a $400,000-a-year plan to aid slave descendants by supporting community projects like health clinics and schools.

The Georgetown report also introduces being a descendant of any enslaved American as a new admissions factor. Since the report in 2016, the university has admitted 16 descendants of enslaved people to undergraduate and graduate programs, a spokesperson for Georgetown said.

Harvard and Georgetown’s reports convey efforts to acknowledge and repair damages resulting in contributions to slavery in America, but extensive histories of slavery, segregation, and discrimination still demand more.