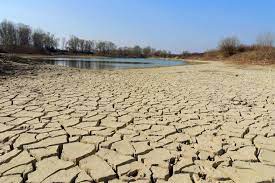 Recently, Italy has been one of several countries around the world severely hit by the drought.

This was approved in early July by the government, focusing on four main points: allocation of funds; the appointment of the extraordinary Commissioner; 1.4 billion for sieving aqueducts; and mitigating the effects on agriculture.

The Head of the Civil Protection Department, Fabrizio Curcio, commented on the decision taken by the Council of Ministers by saying that “The declaration of a state of emergency for the water crisis in five regions represents a first important step in the actions to combat the drought”.

He goes on to stress the importance of a state of emergency to allow the mitigation of the effects caused by the lack of water in the country.

Moreover, he pointed out that events like this extended drought, forest fires, and the recent tragedy of the Marmolada remind us of the underlying problem, namely climate change, which requires wider and more coordinated interventions.

The state of emergency concerns the regions and autonomous provinces within the district basins of the Po and the Eastern Alps.

According to The Guardian, several of the products cultivated in these areas are threatened by this unprecedented drought. Among them are risotto rice, olive oil, and tomatoes, three staples of Italian cuisine and tradition.

This puts importers on the alert as the considerable reduction in crops will need to be supplemented through imports. This will lead to an inevitable increase in prices, expected to reach 50% or even exceed it.

Rice is not the only product facing challenges. Olive oil production is also threatened. Walter Zanre, the UK managing director of olive oil specialist Filippo Berio, said clearly that “Unless it rains very soon, the olive crop will be dramatically reduced.”

On this point, Kyle Holland, an analyst at market research group Mintec, also commented. He said that "We are already seeing some olive trees producing no fruit, which only happens when soil moisture levels are critically low."

This will have an impact on prices and imports as "the lower production and, therefore, limited supply of olive oil is likely to cause prices to increase in the coming months."

The main Italian agricultural union, Coldiretti, expressed its concerns as well. The union stated that the first semester of 2022 ranks as the hottest year ever in Italy, with a temperature that is even 0.76 degrees higher than the historical average. In practice, this has halved the total amount of rainfall in the Peninsula by 45%.

According to the data, the most evident climatic anomaly this year occurred in June, which recorded an average temperature of 2.88 degrees higher than the average compared to the maximum recorded in 2003.

Damages to agricultural production have exceeded three billion euros. Loss in profit is not the only problem. According to Coldiretti, the situation will have an impact on the environment and crops, which are expected to decrease by 30% by 2022.

In Italy, as reported by the Italian business newspaper Sole 24 Ore, there is a lack of 5 billion cubic meters of water compared to 50 years ago. Agriculture, which consumes over 50% of available water resources, is the sector most affected.

The main issues in the country are two. The first concerns the ratio of irrigable to irrigated areas. In Italy, this is even higher than in Spain, which has a larger agricultural area and suffers from greater drought.

The second problem is the growing intensity of irrigation in Italy. This is a dangerous trend that, combined with the extended drought, sets in motion a critical vicious circle.

In such a complicated context, targeted interventions can make a difference. This is the case with the initiative “water in our hands” supported by the Food Institute.