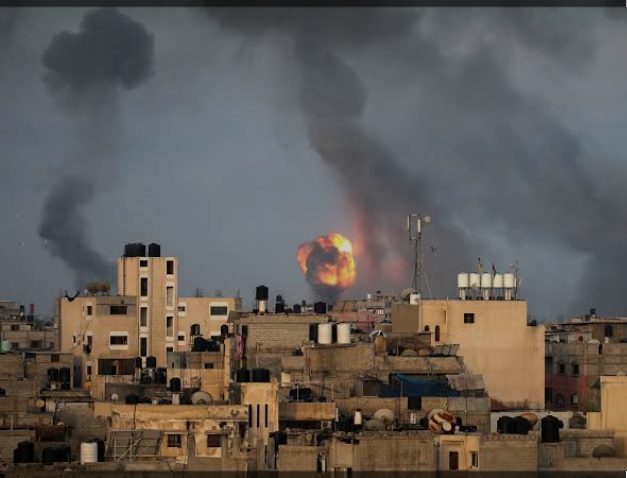 On Thursday, there was a general strike by Palestinians around the region of West Bank and East Jerusalem. The strike was proved In response to the killing of a believed Palestinian attacker.

Israeli troops clashed with Palestinian protesters in the city of West Bank of Ramallah yesterday. This ensured the shutting down of shops in the West Bank cities of Bethlehem and Nablus along with Jerusalem's old city. The disputation that has hurled chaos over the past months in Israel and Palestine seems to reach higher in action after killing on-the-run Udai Tamimi late Wednesday of this week.

The manhunt continued for two weeks since October 8 when Tamimi executed a drive-by shooting at Shu'fat military checkpoint present at an Israeli-annexed east Jerusalem. It resulted in the death of military soldier Noa Lazar. The intensive search was countered by the people of Shu'fat refugee camp in various ways: Young men shaved their heads to organize confusion for the searching troops and rowed with them on occasions or damaged their path to proceed.

A video in circulation concluded the matter where Tamimi at the entrance of the illegal settlement of Maale Adumim at West Bank opens fire on the standing soldiers and continues even after being inflicted with several bullets.

After his death, the cities of Jenin, Nablus, Bethlehem, Ramallah, and many towns and villages in the West Bank rose in support of Tamimi as 'Areen-al-Usud' more popularly known as 'Lion's Den' urged Palestinians to hail Tamimi's martyrdom.

The Thursday strikes are titled vengeance for Tamimi by the same resistance group of 'Areen-al-Usud' and cities and towns of West Bank went packing their offices, schools, and transport to join the call of strike. The Palestinian population is somewhat 2.8 million occupying different areas of the West Bank under strict Israeli military control with limited Palestinian governance. Also, there had been an increase in the sabotage of Palestinian residents by Israeli forces this month, for instance, Huwwara Secondary Boys School, south of Nablus city witnessed the coordinated thrashing of students and staff by armed Israeli settlers. According to United Nations, the death toll this year has seen more than 100 Palestinian fighters and civilians killings in 500 attacks until 10 October which is likely to increase with the strikes. This had been the highest death toll in the West Bank for seven years.

As Israeli forces dubbed Tamimi a terrorist, his alleged bravery has swept the crowds of Palestinians in the area to strike and they proclaim him a heroic figure. Meanwhile, the situation deteriorates as the clashes get more intense between the strikers and military, hinting at a full-fledged revolt.