Uproar In Kosovo Over Political Ambiguity 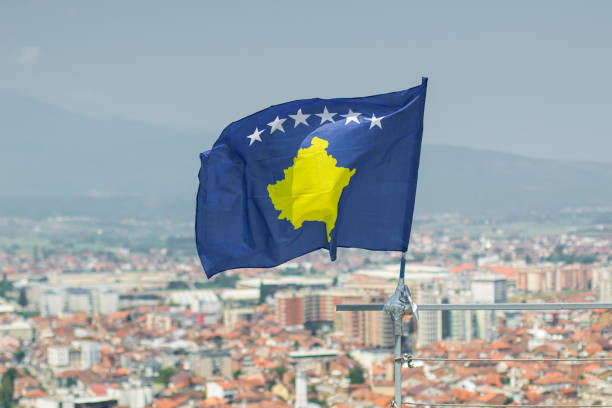 According to Kosovo police, violence erupted overnight in a part of the country consisting of predominantly ethnic Serbs.

On Saturday morning, hundreds of Serbs assembled to protest the arrest of a former police officer. The police force had previously suffered a mass exodus of Serbs. Explosions, roadblocks, and gunfire swiftly followed the demonstrations.

A contingent of EU police officers claim a stun grenade was hurled at them and local officials say there were the targets of three separate attacks by firearms.

The EU’s rule of law mission (EULEX) made a statement regarding the violence. “This attack, as well as the attacks on Kosovo Police officers, are unacceptable.”

Josep Borrell, the EU’s foreign policy chief responded to the attacks via Twitter, saying “The EU will not tolerate attacks on EULEX.”

Borrell continued by saying “Barricades must be removed immediately by groups of Kosovo Serbs,” and that “All actors must avoid escalation.”

The outrage is attributed to an argument over banning Serbian license plates in Kosovo. In response to the ban, hundreds of local mayors, judges, and law enforcement resigned in protest.

Due to the unpopularity of the decision, the capital city of Pristina called for elections to be held on December 18. The leading Serb political party stated that they would boycott the proposed elections.

President of Kosovo Vjosa Osmani decided to postpone the elections until April 23 of next year as roadblocks on the border crossings with Serbia were being placed.

The postponement was welcomed by France, Germany, Italy, the UK, the US, and the EU calling it a “constructive decision” that “advances efforts to promote a more secure situation in the north.”

Kosovo originally gained its independence from Serbia in 2008 after a relatively short war from 1998-1999 that ended with NATO’s intervention. The ceasefire was never officially recognized by Belgrade.

Of the 1.8 million people who call Kosovo home, most of whom are ethnically Albanian, only 120,000 of them are Serb. The minority population in the north of Kosovo has been called on to defy orders from Pristina by Belgrade.

Serbian President Vucic said he would request permission from NATO to send approximately 1,000 Serbian troops into the fractious region. Shortly afterward, the president conceded that the request had “no chance of being approved.”

Kurti wrote on his Facebook page “We do not want conflict, we want peace and progress, but we will respond to aggression with all the power we have.”

In a move to de-escalate the situation, President Vucic encouraged the release of all the Serbs arrested in northern Kosovo. A meeting with the National Security Council followed in which Vucic urged Kosovo Serbs to refrain from harming NATO troops and members of the EU mission.