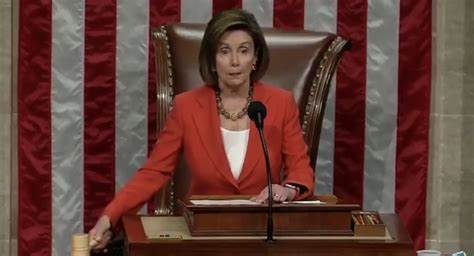 Since the overturning of Roe v. Wade the United States has been wondering what will happen to abortion on the federal level. Many wonder if it will become illegal or legal on the federal level, and whether or not congress will make a piece of legislation to make it either. However, a glimmer of what’s to happen next has been shown within the United States House of Representatives has codified parts of abortion.

Simply, codifying something means to make it official within the eyes of the law, for a lot of things considered legal or illegal are implied so. A law could say that a certain action is illegal, but the wording could mean that other certain actions were legal because they didn’t apply to the first law. This is what most Democrats in the United States government are seeking to do with abortion, but they are facing opposition.

Today, the House passed two important measures to restore abortion rights. The first bill was titled ‘Women’s Health Protection Act’, which would guarantee a statutory right for patients and health care providers to receive and provide abortion services, while also prohibiting states from putting restrictions on abortion care. Nancy Pelosi said in a statement that "Democrats are honoring the basic truth: women's most intimate health decisions are her own.”

The act was passed in a 219-to-210 vote with no Republicans voting in favor of the bill, and now it is headed to the Senate.

The second bill to pass in the House was the ‘Ensuring Access to Abortion Act’ which would allow people seeking abortions to travel for one. This would make it legal for a woman in Texas to travel to California to get an abortion, and she couldn’t be punished for it in Texas where it is looking to be highly illegal to get an abortion. This bill passed 223-to-205 still with little to no support from the House Republicans, and now it is also on its way to the Senate.

These bills are passed right after President Joe Biden signed an executive order to protect access to abortion. However, it is still up to the Senate (Congress) to codify Abortion and access to it.