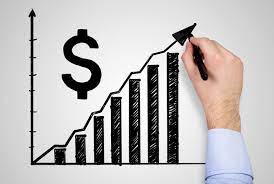 Across most industries in the United States, jobs have been restored to pre-pandemic levels across the nation. The US Department of Labor states that about 528,000 new jobs have been added since July. Unemployment has also decreased to 3.5%. These statistics put unemployment and the number of jobs at about the same level as they were in February of 2020 and blow past economists’ predictions that there would only be a gain of 250,000 jobs.

This offers a stark difference in news relating to the country’s GDP shrinking by 0.9% from April to June after it had already shrunk by 1.6% in the previous quarter, with a declining economy affecting businesses and homes and signalling that the US was heading into a recession. Businesses have been purchasing less inventory to stock shelves, leaving fewer options for consumers.

Several industries are still in recovery, however, as Reuters compares some industries to their pre-pandemic levels. While leisure and hospitality rose by 96,000 jobs in July 2022, the number of employees in that industry is still down by 1.2 million, and the auto manufacturing industry cut 2,200 jobs in that month.

The numbers as a whole appear positive as public sector jobs have gone up by 57,000 and the healthcare sector seeing an increase of 70,000 jobs. Professional and business positions are up by 80,000 while construction has seen an increase of 30,000 new jobs.

A misleading statement that has been touted to prop up the economy’s seemingly recovering economy is the statistic that wages are up by 5.2%. While this number is true, it does not tell the whole story.

Inflation is still rising far faster than wages, with the Department of Labor reporting that consumer prices have risen by 9.1% in July, the largest it has jumped since 1981 according to Al Jazeera, but this is expected to go down as gas prices have been dropping. Economics professor Kenneth McLaughlin of New York City’s Hunter College told the publication explained that the rise in jobs is simply because the population has gone up.

Employment rates in the US also exclude students, homemakers, and retirees which do skew the unemployment rate to take a more favorable view. Professor McLaughlin states that the 3.5% rate is crazy in a historical sense and that it doesn’t explain the whole story.

It remains to be seen how the US economy will turn out for the rest of the year and the years following. While prices for gas have been going down, prices are still going up rapidly for food and new vehicles, meaning that even if there is a recovery in one industry, inflation remains a significant problem for many Americans and people around the world.

Should Canada’s Liberal Party be Worried?