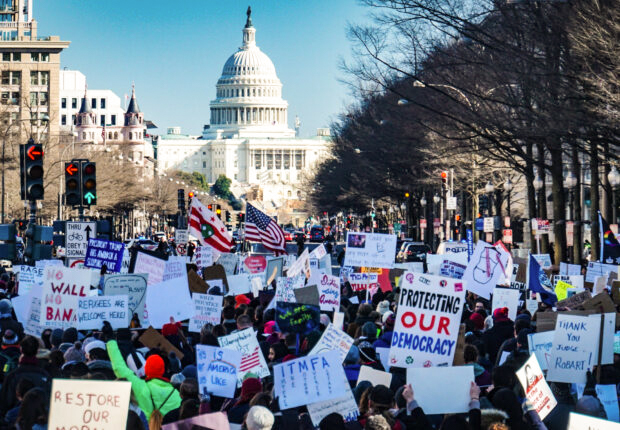 The United States midterm elections will take place on 8 November, with all 435 seats in the House of Representatives and 35 of the 100 seats in the Senate to be contested. The results of these elections are set to have a profound impact on the US political landscape – including on who will occupy the White House in the near future.

What do current polls indicate?

The Scotsman reports that polls from FiveThirtyEight currently indicate that the Republicans are set to win the House, whilst the Democrats are likely to retain control of the Senate. This is partially because men and Republican voters are more likely to vote, although the overturning of Roe v. Wade is likely to increase the Democratic vote to at least some degree.

As is often the case with US elections, these polls highlight that the results of the midterms will likely come down to key seats like Virginia’s 2nd District and Pennsylvania’s 7th District, rather than being simple wins for either side.

Why are these midterms important?

As the BBC report, multiple factors make these midterms crucially important. One of these is the impact on abortion rights, as a result of the aforementioned overturning of Roe v. Wade, removing the constitutional protections on the right to abortion.

Whilst Republicans have proposed a nationwide ban on abortion after 15 weeks - which would override current protections in Democratic-run states – Democrats have stated that they will codify abortion rights into federal law in order to restore the protections. Evidently, the outcome of next month’s midterms will thus be paramount in determining the future of abortion rights in the country.

The BBC also highlights the impact these midterms will have on the leadership of the nation. With Joe Biden’s approval ratings being consistently low over the past year, a loss for the Democrats could lead to calls for Biden to step aside in favour of another Democratic presidential candidate in 2024. As political science professor Alan Abramowitz stated, “The midterms are, at least partly, a referendum on the performance of the current president.”

Simultaneously, a win for the Republicans could contribute to the possible return of Donald Trump. Having shown some interest in running in 2024, Republican successes could strengthen Trump’s case to do so: a number of his chosen candidates are running in these midterms, meaning their potential wins would validate Trump’s political choices and could be used to support a potential presidential campaign in 2024.

If Trump was to run for president again, the social and political consequences for the US could be endless. Following the 2020 Capitol riots, the dangers brought by Trump’s extreme politics and disdain for the democratic process have been made blatantly clear. His return could thus place the US in a very unstable and dangerous political position.

Evidently, next month’s midterms are paramount in determining the direction of politics in the United States. The world is watching, as America’s political stability hangs in the balance once more.

Tags: US Joe Biden US politics Donald Trump US elections