US withdraws military aid from Saudi Arabia amidst Yemen attacks 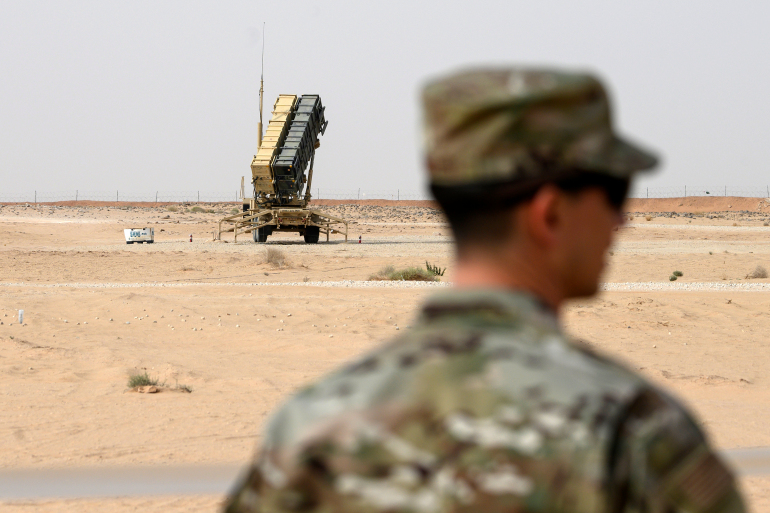 Marking the 20th anniversary of 9/11 earlier this month, the United States has gradually begun entangling itself in the Middle East. The decision to recall all US military personnel stationed in Afghanistan amidst the rise of the Taliban regime created a global shockwave.

In the latest development, The United States of America has decided to withdraw its most advanced defense missile system and patriot batteries from Saudi Arabia. The removal coincides with a US decision to relocate weapons to Asia to counter a perceived threat from Beijing.  Questions arise, why has the US pulled out its defense systems from the Middle East at such a heightened time of tension?

The defense systems had been established in Prince Sultan airbase, 70 miles south-east of Riyadh. Just southwest of the air base's runway, a one square kilometer area set off by an earthen berm saw American forces station Patriot missile batteries, as well as one advanced Terminal High Altitude Area Defence (THAAD) unit. Satellite images taken on September 10, 2021, show that a section that had housed US batteries since 2019, is empty.

The move does not come as a surprise. Earlier this year, the Pentagon announced it may relocate certain defense systems as part of its plans to safeguard the US military interests in Asia. According to Pentagon officials, there is a possibility of a great powers conflict brewing between the United States, China, and Russia. The Gulf Arab nations worry about the growing threat in Asia which requires defense systems.

Pentagon spokesperson John Kirby acknowledged the “broad and deep” commitment to its Mideast allies. "The Defence Department continues to maintain tens of thousands of forces and a robust force posture in the Middle East representing some of our most advanced air power and maritime capabilities, in support of U.S. national interests and our regional partnerships,” Mr. Kirby said.

The Saudi Defence Ministry praised the kingdom's relationship with the U.S. as "strong, long-standing, and historic" despite the withdrawal of American missile defense systems. It said the Saudi military “is capable of defending its lands, seas, and airspace, and protecting its people.” As part of the kingdom's Patriot missile defense system, two missiles are typically fired at any incoming targets. A Patriot missile costs about $3 million each, making it an expensive proposition amid the Houthi campaign.

As the deadlock over Iran’s nuclear deal with major powers continues in Vienna, tensions in the Gulf region remain high. “From the Saudi point of view, they now see Obama, Trump, and Biden — three successive presidents — taking decisions that signify to some extent an abandonment,” added Kristian Ulrichsen of James A. Baker III Institute for Public Policy at Rice University.

The U.S. withdrawals have raised questions regarding American policy in the region.  The Kingdom of Saudi Arabia and other Gulf Arab states are renewing their relations with Iran to protect their interests.