Uvalde Texas Mourning the lives of those lost in School Shooting 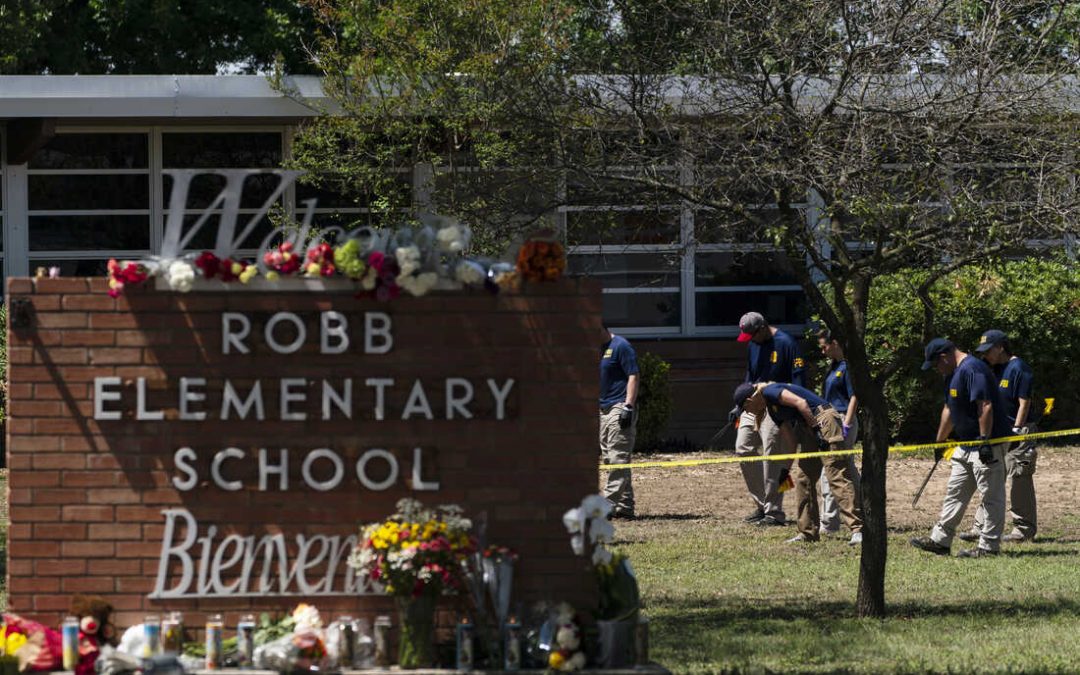 After a brutal massacre Uvalade Texas and its small community have come together to mourn the loss of 19 students and two teachers who were murdered at Robb Elementary School. Within the coming week, many funerals for those who have lost their lives will be held.

According to the New York Times, Rev. Eduardo Morales will sit down with the families of those who have died to create sermons and other services to celebrate their lives.

Since the tragedy has occurred, the community has come together with public memorials including candle lighting ceremonies to cope with the unimaginable loss. Information on each individual has become clearer within the past few days .

Eva Mireles, a fourth grade teacher who had been co-teaching with Irma Garcia were both victims to the tragedy. They taught side by side for five years.

According to Eva Mirele’s School Profile, she had a college graduate daughter, a UCISD officer, and three pets within her family.  She was a hiker and biker, and loved running. Mireles died at the young age of just 44 and was loved by many.

Her coworker, Irma Garcia, was just 48. Garcia’s School Profile confirms that she was married with four children, her youngest daughter entering 7th grade.

Alithia Ramirez, a fourth grader, is another confirmed victim of the shooting.  Her father told NBC that he stood for hours outside waiting for his daughter, just like many other parents did.

Xavier Lopez, died at just ten years old. His mother said in an interview with The Washington Post, that he was eager for the summer and to spend his days swimming.

Amerie Jo Garza, another fourth grader, who The Daily Beast reported was dialing 911 just moments before her life was taken. She has been awarded the Bronze Cross due to her heroic actions and attempt to save many lives.

Eliahana Cruz Torres, a ten year old, is one of many athletes that the softball and baseball teams are honoring. According to NBCDFW, this was Torres first time playing a sport and she was excited to begin.

Jose Flores, a fourth grader, had received a reward earlier that day for making the honor roll. His father reported to CNN after confirming his death that Jose was “always full of energy”.

Eliahna Garcia, just ten years old, was confirmed to be a victim by her grandfather. It is still unknown what grade she was in but can be confirmed that she was a kind individual.

Rojelio Torres’ 'death was confirmed by his mother to ABC. When speaking about her son, his mother said that Torres was smart and loving.

The eleven year-old Jailah Nicole Silguero, was killed alongside her ten-year-old cousin, Jayce Carmelo Luevanos. The family is mourning the loss of them both and has described them to be full of life.

Makenna Lee Elro was just ten years old. Her Aunt, Allison McCullough has started a Gofundme, to help Makenna’s mother during this difficult time. She describes Makenna more on her gofundme page.

Nevaeh Bravo, also ten years old, was confirmed dead by her grandmother Esmeralda Bravo who held up a photograph of her granddaughter Last Wednesday night.

Another victim was Tess Mata, a ten-years-old girl whose mother and sister confirmed her death. Her older sister, Faith, has also arranged a Gofundme to help support her family during this difficult time.

Alexandria Aniyah Rubio was confirmed dead by her mother. Her father worked as an officer in the Uvalde County Sheriff's Office and was one of the many responders to the shooting.

Layla Salazar, ten years old, was confirmed dead by her father. She loved to swim, dance, and run.

Miranda Mathis, aged eleven, was a member of the fourth grade class. Her mother’s friend reported to The Washington Post that she was a very bright and smart girl.

Matie Yuleana Rodriguez was another member of the honor roll. Her parents have said very little, not wanting to talk to the press at this time.

It is clear that the Community as a whole is suffering the loss of these innocent victims. More about the victims  can be found on USA Today.