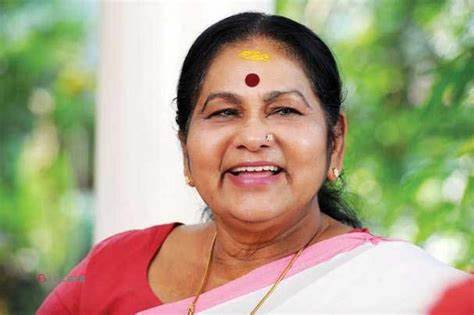 Popular South Indian actor starred in more than 550 films; KPAC Lalitha died at 75. The actor has been in the industry for more than five decades. Lalitha was the current chairperson of Kerala Sangeetha Nataka Akademi.

KPAC Lalitha has been a part of several path-breaking movies in the Malayalam film Industry. Amaram (for which she won her first National Award), Manichitrathazhu, Spadikam, Sadayam, Vadakkunokkiyanthram, Sandesham, Sasneham, and Mathilukal are some of her breakthrough movies.

She is one of the most sought-after supporting actors in the Malayalam film industry. The audience of Malayalam will particularly remember her for the diversity in roles performed effortlessly, honoring her indescribable talent for acting. Mathilukal (fences), a film adaptation of Vaikom Muhammed Basheer’s novel with the same name, took her to fame. The film only included her voice. Not a single shot of her face was included. The Malayalee audience of the time was spellbound by the voice.

The actor had diabetes and had liver complaints as well. Her treatment was taken up by the government of Kerala, considering her request. Malayalam Industry has long been accused of lesser payments, especially to non-male artists.

KPAC Lalitha and actors of her generation demand extra cheer and respect. They paved the roads after fighting the still-rooted patriarchy, caste discrimination, and gender discrimination. The first Dalit actor of Malayalam, PK Rosy, had to flee the land because she played a higher caste woman in the film. The Malayalam film industry has grown to be one of the most-watched subtitle movies globally with such a history. The credit of this achievement belongs to female actors like Lalitha, who fought for the transition through the versatility of their roles.

Though her co-actors like Mammotty do lead roles, could Malayalam films and audiences accept a film where Lalitha was the lead role? If yes, why wasn’t such a film made so far? These are questions that the industry should think about.